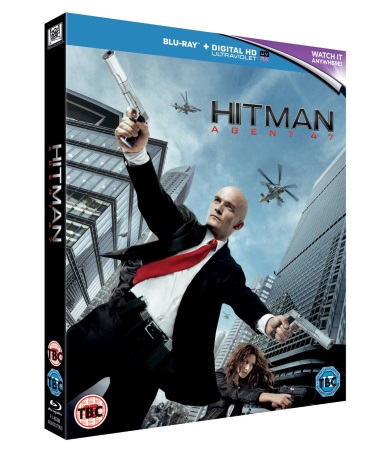 Twentieth Century Fox Home Entertainment has announced that Hitman: Agent 47 will be released on Blu-ray on December 26th in the UK, with the rest of the world following shortly after.

This is the second film based on the popular game franchise, the first of which appeared in the year 2000. Rupert Friend plays Agent 47, a genetically modified and highly intelligent assassin, who must work with a mysterious young woman (Hannah Ware) to stop a secretive organisation that’s attempting to use his DNA to create an army of unstoppable killers.

The Blu-ray comes with a number of special features, including deleted scenes, a documentary about transforming Hitman from a game in to a film, and a comic book created especially for the movie.