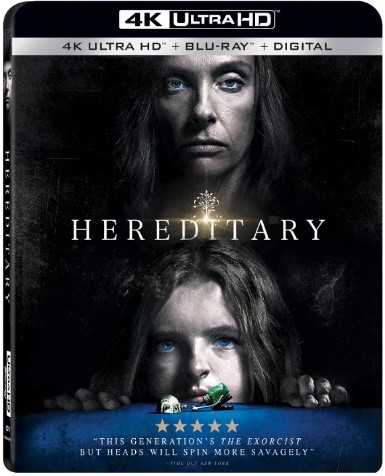 When Ellen, the female head of the family, passes away, her daughter’s family start to unveil mysterious and increasingly shocking secrets about their history. As they go deeper and deeper and uncover further secrets of their past, the family must attempt to escape the inexorable horror coming their way. This family has inherited an innate pain that no normal person could endure and now you must endure it with them.

Making his feature debut, writer and director Ari Aster portrays a twisted depiction of a domestic breakdown that shows the touch of a fresh auteur with an eye for creating fear. This horror breaks boundaries with its ability to unsettle an entire audience with its disturbing narrative of an agonising ancestry. Both discs feature deleted scenes and a feature on the real life inspiration behind the film. The Ultra HD Blu-ray also features Dolby Vision HDR presentation.