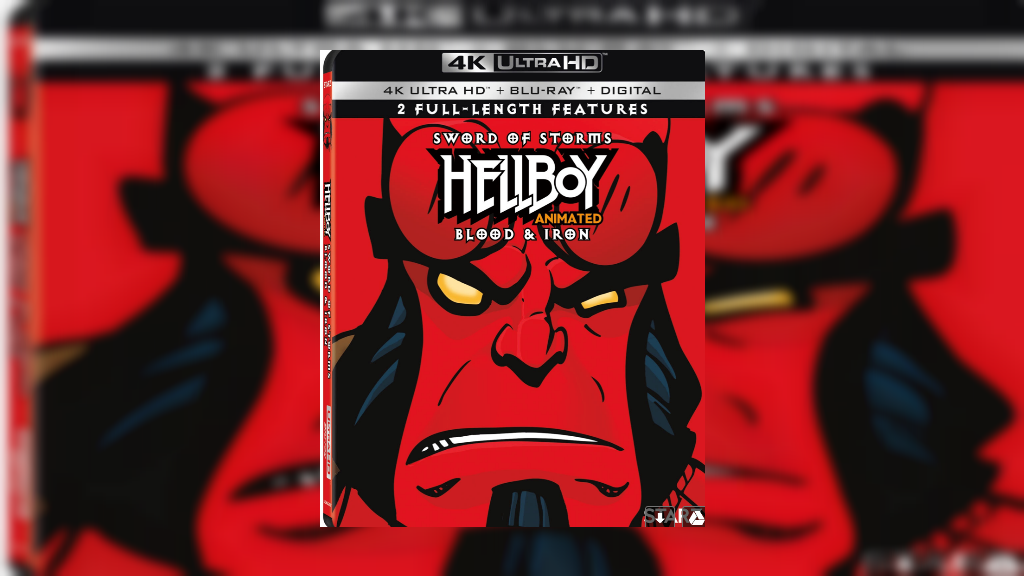 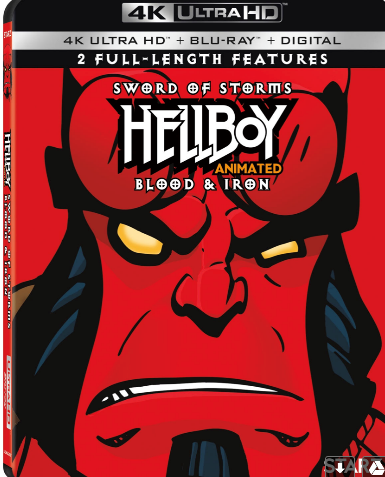 A double feature of Hellboy Animated: Sword of Storms and Blood & Iron will arrive on 4K Blu-ray and Blu-ray on April 2nd, Lionsgate has announced.

In the first animated feature from director Tad Stones (Buzz Lightyear of Star Command), a folklore professor becomes unwittingly possessed by the ancient Japanese demons of Thunder and Lightning. But when The Bureau of Paranormal Research & Defence dispatches a team of agents to investigate, a cursed samurai sword sends Hellboy to a supernatural dimension of ghosts, monsters, and feudal mayhem. Now, while pyrokinetic Liz Sherman and fishboy Abe Sapien battle one very pissed-off dragon, a lost and cranky Hellboy must find his way home. Even if he can survive the perilous journey, how much crap does a guy have to put up with from the two most vengeful and ferocious spirits of Japanese legend?

When Hellboy, Liz Sherman, and Abe Sapien are assigned to investigate the ghost-infested mansion of a publicity-hound billionaire, they uncover a plot to resurrect a beautiful yet monstrous vampire from Professor Bruttenholm’s past. But before they can stop her bloodbath, Hellboy will have to battle harpies, hellhounds, a giant werewolf, and even the ferocious goddess Hecate herself. How much crap does a guy have to take from a Hungarian Blood Countess before he and his surrogate father can avenge the souls of the damned? It’s going to take more than just a horde of very pissed-off demons for our heroes to see the light in this animated adventure from creative producers Guillermo Del Toro and Mike Mignola.