Studio Ghibli is arguably one of the most important and recognised names in the anime world (Japanese animated productions), with much of its work being drawn, animated, written, directed and produced by one man: Hayao Miyazaki. To celebrate his legacy, Disney is planning to release The Collected Works of Hayao Miyazaki, a Blu-ray box set containing 11 of his films. 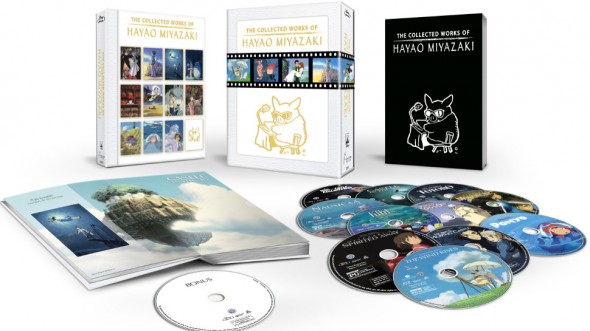 Miyazaki, who is now 74-years-old, left Studio Ghibli in late 2013, a year before it halted production in his wake. He was behind some of the studio’s best loved films, including Spirited Away, Howl’s Moving Castle and My Neighbour Totoro.

The 11 films included in the box set are:

Every film will appear on Blu-ray disc, meaning that Miyazaki’s beautiful animations will look clearer than ever before.

The set will also contain a number of exclusive special features which are bound to excite  anime fans, including TV pilot episodes, shorts, footage from Miyazaki’s retirement press conference, and artwork drawn by the man himself. There is also a book called The Great Dichotomy: Looking at the Works of Hayao Miyazaki which looks at the director’s work. A specific release date is yet to be announced.