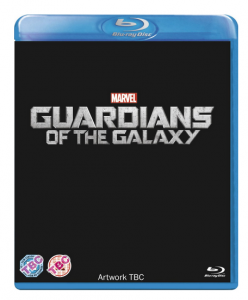 It’s the movie many thought was Marvel’s biggest risk to date. A space-set adventure featuring five little-known comic characters, two of which are a walking tree and a talking raccoon. But rather than pass audiences by, Guardians of the Galaxy – the latest addition to the phenomenally successful Marvel Cinematic Universe – defied early expectations to become one of the biggest hits of 2014, both commercially and critically. Now you can look forward to enjoying it again, as Marvel has confirmed a Blu-ray release on 9th December, just in time for Christmas.

Rocketing the world of Marvel to the realms of outer space, Guardians of the Galaxy sees Chris Pratt take the lead as Peter Quill, bounty hunter and self-styled Star Lord, who one day comes across a mysterious, but valuable orb. Power crazed pretender, Ronan (Lee Pace), needs the orb so that he can seize control of the universe. When he sets out on a mission to recover the orb, at all costs, Star Lord is forced to form a band of misfits to defend it and save the universe.

The Blu-ray special features are still to be confirmed, so we’ll update you when we hear more. If you did miss it in the cinema, Blu-ray will be the perfect way to catch-up on one of this year’s biggest and brightest blockbusters.