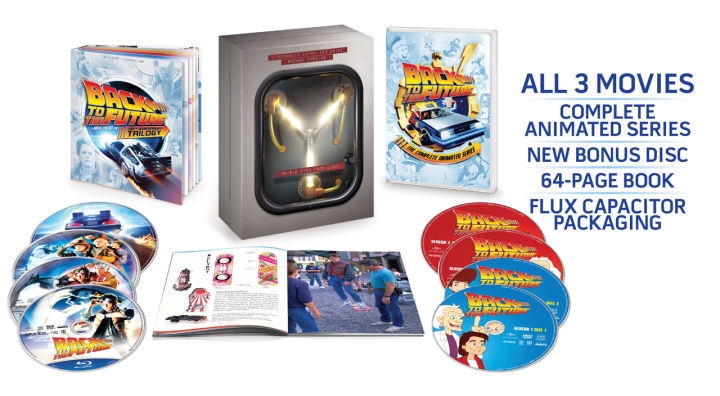 The 1985 Zemeckis/Spielberg classic is being brought straight back to the future, as Universal Pictures Home Entertainment has announced a 30th Anniversary Trilogy Blu-ray. The boxset, which is set to be released from the 21st of October (if our calculations are correct), will contain all three Back To The Future movies, plus a bonus disc with over two hours of extra content.

Back to the Future first landed on the big screen in 1985, becoming the highest grossing film of that year. It follows the adventures of Marty McFly, a typical American teenager in the Eighties, who is transported through time by his friend-cum-mad scientist, Dr Emmett Brown. Back to the Future II and Back to the Future Part III were released in 1989 and 1990 respectively, and were just as popular as the original.

The Back to the Future 30th Anniversary Trilogy Blu-ray will come in exclusive collectable packaging, along with two hours of bonus footage, including all new original short films, deleted scenes and much more. Hardcore fans can also purchase the Back to the Future: The Complete Adventures set, which contains all three films on Blu-ray, as well as the original 26 animated episodes. It also comes with a special 64-page companion guide, light-up “Flux Capacitor” packaging and two hours of bonus footage. Great Scott that sounds awesome.