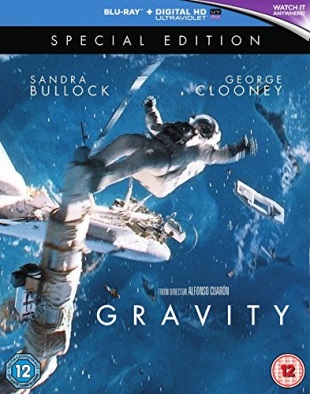 Gravity: Two-Disc Special Edition will include the visually spectacular film on Blu-ray, as well as six hours of bonus features, three hours of which have never been seen before.

George Clooney and Sandra Bullock star as veteran astronaut Matt Kowalski and Dr Ryan Stone, a medical engineer who is on her first shuttle mission. The mission is running smoothly until disaster strikes during a routine spacewalk, destroying their shuttle and leaving Kowalski and Dr Stone floating untethered in the Earth’s orbit. The story follows their gripping struggle to survive, as they float alone in the darkness.

The special features include: