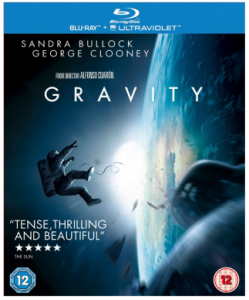 There’s been even more good news for Alfonso Cuarón’s show-stopping movie Gravity this week, as Digital Spy reports that it is now officially the fastest-selling Blu-ray 3D of all time.

On the first day of its release the movie smashed the sales record, knocking Prometheus off the top spot. With special effects so good they’ll make you feel as though you are “virtual abseiling” as well as seven Oscars and six Baftas, this new record doesn’t come as a surprise.

For anyone yet to pick up the Blu-ray, here’s a sneak peak of one of the Blu-ray’s behind the scenes special features, which shows how some of the stunning visual effects were created.