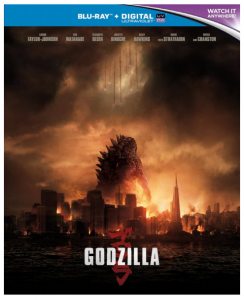 Warner Bros and Legendary Pictures have confirmed that Godzilla, one of the biggest movies released so far this summer, will be released on Blu-ray and Blu-ray 3D this October.

Sixty years after legendary monster Godzilla first appeared in movie theatres, director Gareth Edwards has bought him back to life with a vengeance. Set in the present day, the movie traces the origins of one of the most infamous monsters in cinematic history. The CGI in this film has been praised by critics, with Screen Rant noting that the director has “set a new bar for the beloved King of the Monsters.” The impressive cast, featuring names such as Bryan Cranston, Juliette Binoche, Ken Watanabe and Aaron Taylor-Johnson, also shows that this new iteration of Godzilla really means business.

The Blu-ray will be available in a 3D and 2D Blu-ray combo pack, along with a digital Ultra Violet copy. Bonus features will include in-depth behind-the-scenes access to the making of the film, as well as a mockumentary unravelling the massive cover-up to keep Godzilla’s existence a secret.