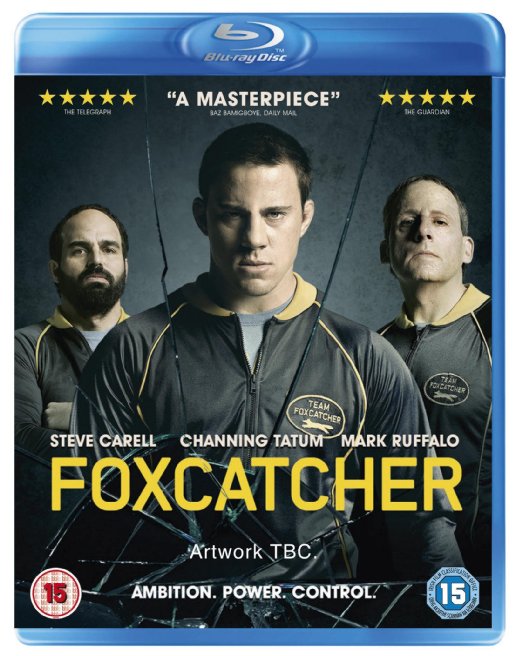 Great news for all quality film lovers – Foxcatcher – described as a revelation by one critic, will be available on Blu-ray from May 18th.

Foxcatcher, a multi-Oscar nominated film, is based on a true-life tragedy and recounts the story of rich philanthropist, John du Pont (Steve Carell) who approaches a Gold Medal-winning Olympian Mark Schultz (Channing Tatum) and his brother Dave (Mark Ruffalo)  to train on his estate and help coach U.S. wrestlers for participation in national, world, and Olympic competitions. Mark uses John to vicariously relive his passion for competitive wrestling (which his mother always disapproved of). Unfortunately, the relationship sours and what starts as an opportunity to indulge in a passion for sport and rebel against a disapproving parent, descends into something far more sinister.

The film is gloriously understated; the story and actors drive the picture forward and deliver riveting performances. The Blu-ray transfer enhances the story-telling with its minute attention to detail and clarity. Extras include a featurette on the story of Foxcatcher, which includes an examination of project origins; deleted scenes and the theatrical trailer. More information can be found on Blu-ray.com.