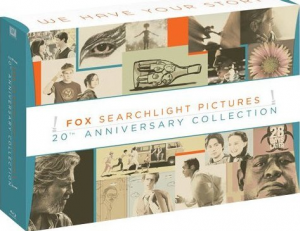 Fox Searchlight has announced that it will be releasing a special 20th Anniversary Collection – a 20 disc Blu-ray box set comprising its most iconic releases from the last twenty years.

The movies in this one of a kind collection were meticulously handpicked from Fox Searchlight’s impressive back catalogue for their cultural relevance, awards recognition and box office success. The box set features everything from game changing dramas like 12 Years a Slave and The Last King of Scotland to laugh out loud titles like Little Miss Sunshine, 500 Days of Summer and The Full Monty.

The collection will also come with an exclusive new bonus disc containing a 90 minute documentary celebrating Fox Searchlight’s history. This is set to include comment from some of the visionary film makers and most talented actors in the collection.

For more information, head to Blu-ray.com.