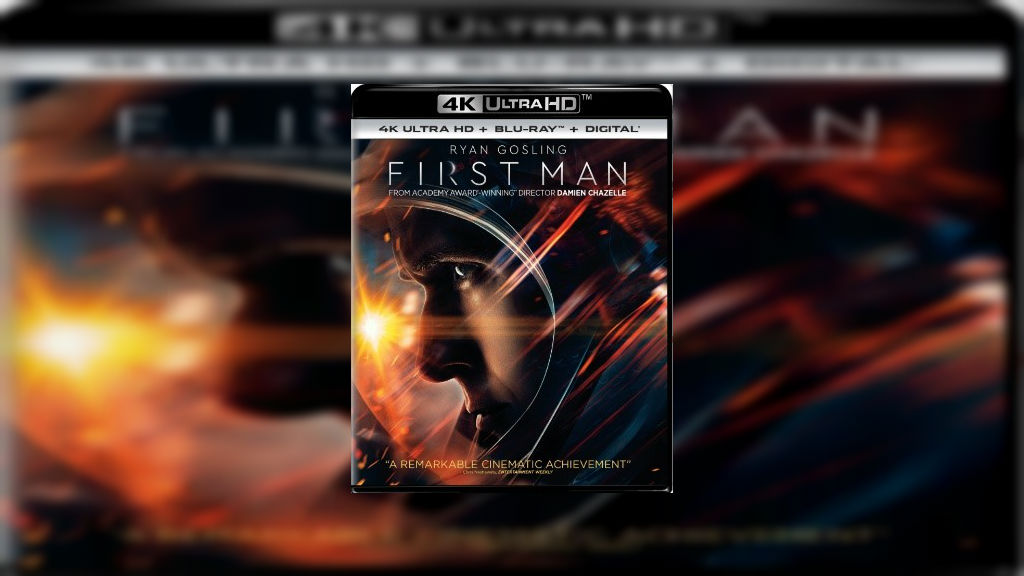 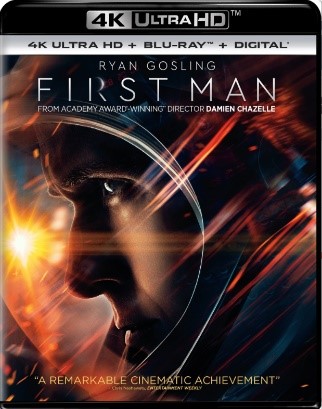 Universal Pictures Home Entertainment has officially announced that it will release First Man, starring Ryan Gosling and Claire Foy, on 4K Ultra HD Blu-ray and Blu-ray. The two releases will be available for purchase on January 22nd.

Based on the book First Man: The Life of Neil A. Armstrong by James R. Hansen and from visionary filmmaker Damien Chazelle, First Man is the riveting story behind the first manned mission to the moon, focusing on Neil Armstrong and the decade leading to the historic Apollo 11 flight. A visceral and intimate account told from Armstrong’s perspective, the film explores the triumphs and the cost—on Armstrong, his family, his colleagues and the nation itself—of one of the most dangerous missions in history.