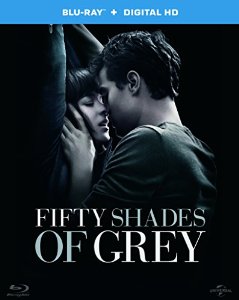 Fifty Shades of Grey will be available on Blu-ray from June 22nd, but for the super keen, you can pre-order it now. This steamy romance, directed by Sam Taylor-Johnson, is based on a breakthrough novel of the same name by E. L. James, which sold over 100 million copies.

The Blu-ray version should set pulses racing; as viewers settle in for the night to watch some of the risque scenes in high definition.