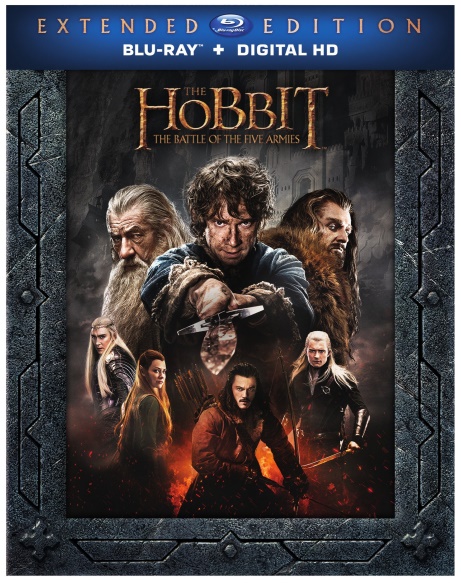 Peter Jackson’s epic return to Middle Earth with The Hobbit series won’t be complete until the now  traditional Extended Edition of final movie The Battle of the Five Armies has been released. So Tolkien fans will be relieved to find out that the Blu-ray release has been set for November 17th.

Following the events, Thorin Oakenshield and the drawves of Erebor have reclaimed the vast wealth of their homeland, but now face the consequences of having unleashed the terrifying Dragon Smaug upon Lake-town. Meanwhile, Sauron, the Dark Lord, has sent forth legions of Orcs to attack the Lonely Mountain, and Bilbo Baggins finds himself fighting for his life as five great armies go to war. As darkness converges, the races of Dwarves, Elves and Men must decide – unite or be destroyed.

The Extended Edition adds twenty minutes of deleted or extended scenes, and is accompanied by more than nine hours of new special features, including:

For more details, head over to Blu-ray.com.