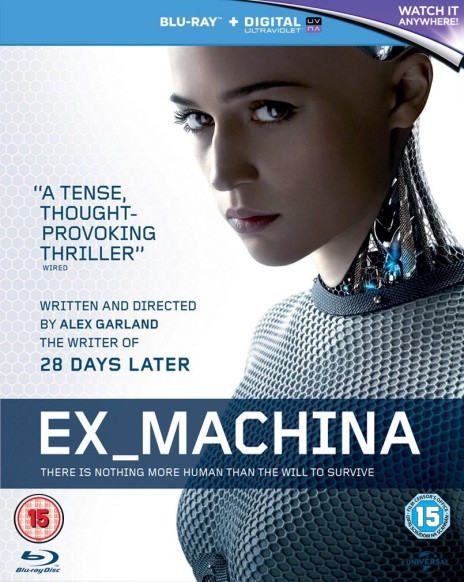 Good news for all sci-fi fans: EX_MACHINA will be available on Blu-ray on June 1st.

Alex Garland, writer of 28 Days Later and Sunshine, made his directorial debut with this stylish and cerebral thriller. Caleb Smith (Domhnall Gleeson), a programmer at an internet-search giant, wins a competition to spend a week at the private mountain estate of the company’s brilliant and reclusive CEO, Nathan Bateman (Oscar Isaac). Upon his arrival, Caleb learns that Nathan has chosen him to be the human component in a Turing Test, charging him with evaluating the capabilities, and ultimately the consciousness, of Nathan’s latest experiment in artificial intelligence (A.I.). That experiment is Ava (Alicia Vikander), an A.I. creation whose emotional intelligence proves more sophisticated and more deceptive than the two men could have imagined.

The experiment twists into a dark psychological battle, where loyalties are torn between man and machine. The film explores big ideas about the nature of consciousness, emotion, sexuality, truth and lies. Details of special features have not yet been released.