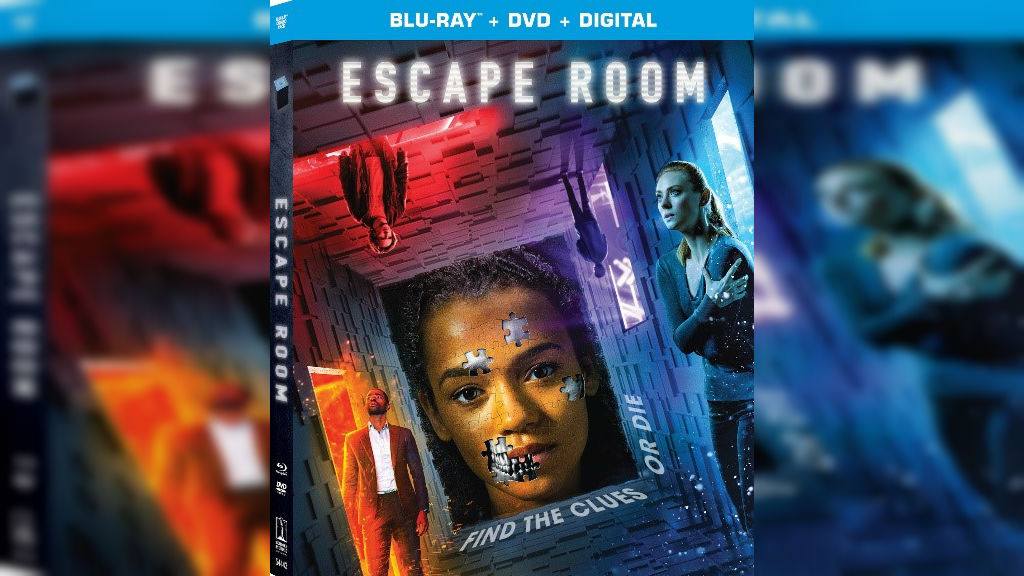 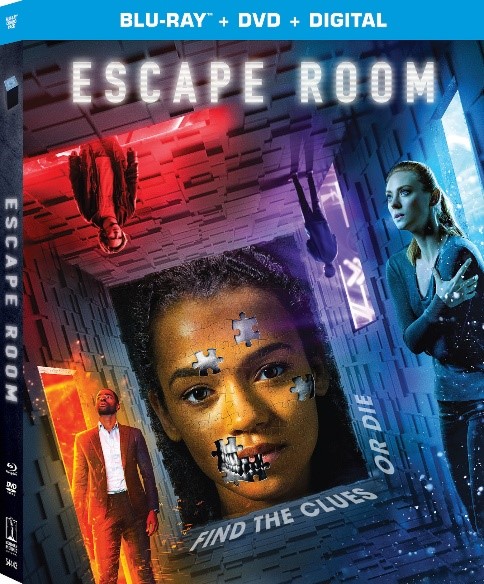 Centered on six strangers who must uncover wickedly designed puzzles and overcome life-threatening challenges set in hazardous environments, with plenty of twists and turns, the Escape Room Blu-ray features a never-before-seen Alternate Ending and Opening, six deleted scenes and four featurettes. Hear from director Adam Robitel and the cast about how the film’s 360-degree architectural spaces prove to be some of the most adversarial characters imaginable in “Games, Set, Match.” Then, learn about how Escape Room was built with practical effects and no green screens as the cast and crew dives deep in “The Lone Survivors.”

An intriguing invitation bring six strangers together. Initially, they think they have gathered for a highly immersive escape room, but they soon make the sickening discovery that they are pawns in a sadistic game of life and death. Together, they move from one terrifying scenario to the next as they find clues and solve puzzles. But the players soon learn that exposing their darkest secrets may hold the key to survive.

Escape Room was directed by Adam Robitel and written by Bragi Schut and Maria Melnik based on astory by Schut. The film was Executive Produced by Rebecca Rivo and Produced by Neal H. Moritz and Ori Marmur.

Escape Room has a run time of approximately 99 minutes and is rated PG-13 for terror/perilous action, violence and some suggestive material and language.