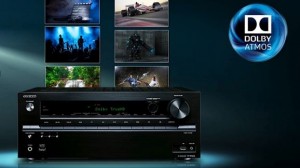 Earlier this year, Dolby confirmed that it was bringing its immersive sound platform from theatres to homes via Blu-ray. The first Blu-ray title to incorporate the technology, which adds additional sound channels coming from above the viewer’s head, is Transformers: Age of Extinction (available now in the US, and in Europe this November). However the technology is set for further support after an announcement from Dolby and Paramount.

Three more Atmos titles have been revealed – Paramount’s forthcoming Teenage Mutant Ninja Turtles, Hercules and Step Up All In. To enjoy Atmos at home, you don’t need a new Blu-ray player, but you do need the correct speaker set-up – Pocket-Lint has a good guide here. If you do have the right equipment, Dolby Atmos will deliver incredibly immersive sound which places you directly in the centre of the action.

Greg P. Russell, the re-recording mixer for Transformers: Age of Extinction, discusses how Dolby has brought Atmos to Blu-ray and what it brings to the home cinema experience in this video: http://vimeo.com/106883323

Look out for the new Atmos discs as they get released over the next few months. Are you keen to get the Atmos experience at home? Let us know what you think in the comments.