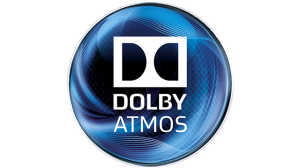 If you’re lucky enough to have experienced Dolby Atmos sound in a cinema, you’ll know how much of an impact it can have on the film-watching experience.

The good news for audiophiles is that Dolby has announced plans to bring Atmos into the home via Blu-ray. If you’re not familiar with Atmos, it enhances immersion by adding speakers above the audience, allowing filmmakers to truly put the viewer in the heart of the action. As Brett Crockett, Director of Sound Research for Dolby, says in a blog post announcing Atmos’ arrival on Blu-ray, “if you saw Godzilla in a Dolby Atmos movie theatre, hearing the monster roar above you was beyond realistic—it was terrifying.”

Dolby says that the home experience of Atmos won’t necessarily need ceiling mounted speakers, and that partners are developing Atmos-enabled speakers that will produce full overhead sound from speakers located where your conventional speakers are now – similar to soundbars which recreate full 5.1 set-ups. Dolby also says that you won’t need a new player to enjoy Atmos.

The first Atmos discs are due out later this year – we’ll share more details when we have them.