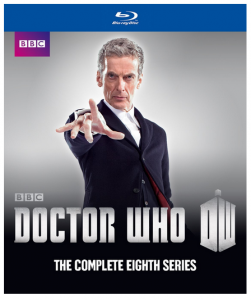 There was a treat for Doctor Who fans this week, as the BBC has confirmed Season 8 will hit Blu-ray shelves from November 17th.

The series, which is set to air on TV from late August, will see Peter Capaldi take the lead for his first series as the Doctor, and Jenna Coleman back as his trusty assistant Clara. However, judging by the BBC’s new trailer for the series, it looks like this time the storyline will be darker than fans are used to.

The Blu-ray is set to feature all twelve episodes from this latest instalment of the now iconic series. The BBC has said the special features will be confirmed nearer to the release date, so we will keep you posted.