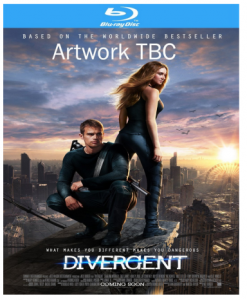 The BD special features for the young adult sensation Divergent have been revealed by Summit Entertainment ahead of its release later this year.

Divergent is based on Veronica Roth’s best-selling novel about a dystopian future where people are categorised depending on their natural characteristics. Sixteen year old Tris (Shailene Woodley) winds up in trouble after her aptitude test reveals her to be a “Divergent”, an original free thinker that won’t fit into any of these groups. When Tris learns of a conspiracy to kill all of the Divergents, she sets out on a quest to find out exactly what it is that makes her so dangerous before it is too late.

The Blu-ray comes with an exclusive documentary on bringing the novel to the big screen, as well as deleted scenes and an audio commentary with director Neil Bruger.

Cinema Blend has the full story.