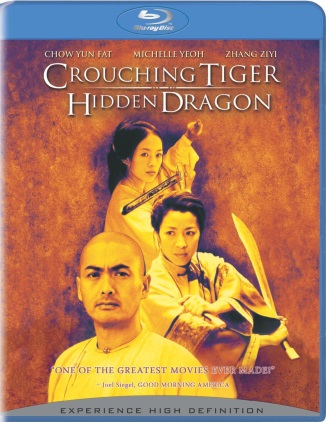 Sony Pictures Home Entertainment has announced plans for Crouching Tiger, Hidden Dragon to be released on Blu-ray to celebrate the 15th anniversary of its release.

Crouching Tiger, Hidden Dragon, directed by Ang Lee and starring Chow Yun Fat and Michelle Yeoh, tells the story of two master warriors who are tracking down a legendary sword known as the Green Destiny, which has been stolen. Meanwhile, a young aristocrat, destined for an arranged marriage she wants no part of, runs away in the night. It is soon very obvious that she is not who she says she is, after she reveals her superior fighting skills. But what is she hiding?

The film is set against the beautiful backdrop of 19th Century China, juxtaposing the film’s incredible and often brutal fighting scenes, all of which were choreographed by Yuen Wo Ping, who was responsible for the action featured in The Matrix.

Unfortunately, fans will need to wait until April 5th 2016 before they can get their hands on the Limited Edition Blu-ray. Why not try and tick off all The Guardian’s top ten martial arts movies before it comes out?