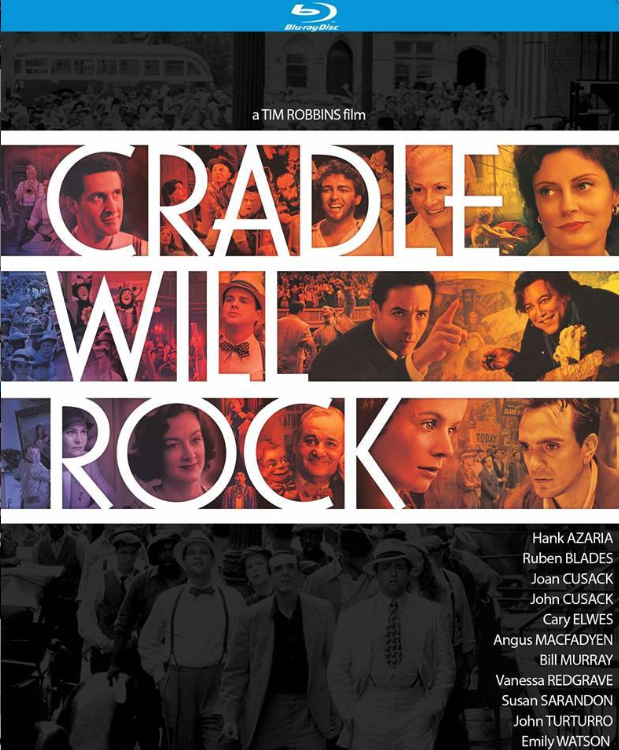 The critically acclaimed Cradle Will Rock takes a colourful look at the extraordinary events of 1930’s America. From those most privileged to those living life on the streets, Tim Robbins brings the era of Depression swept New York city to the screen.

This story vividly paints an era of corruption, where da Vincis are given to millionaires who help fund the Mussolini war effort, and Nelson Rockefeller commissions Mexican artist Diego Rivera to paint the lobby of the Rockefeller Center. Explore a time when Orson Welles and a collection of passionate actors risk everything to perform the infamous musical “The Cradle Will Rock” even with the looming threat to their freedom and livelihood on the horizon. Follow Welles and the actors as they refuse to give into censorship in this period drama that depicts the time of the Great Depression.