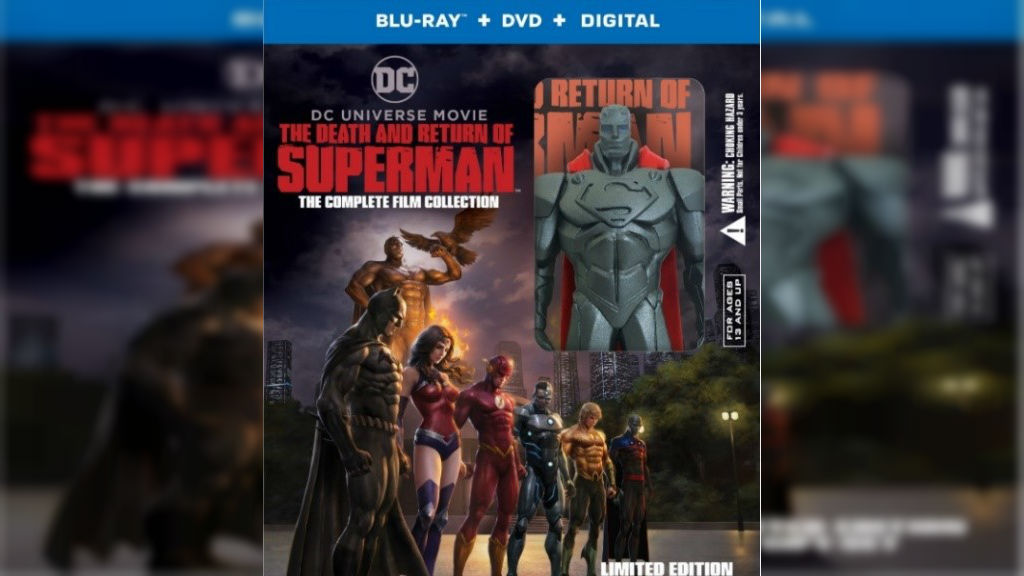 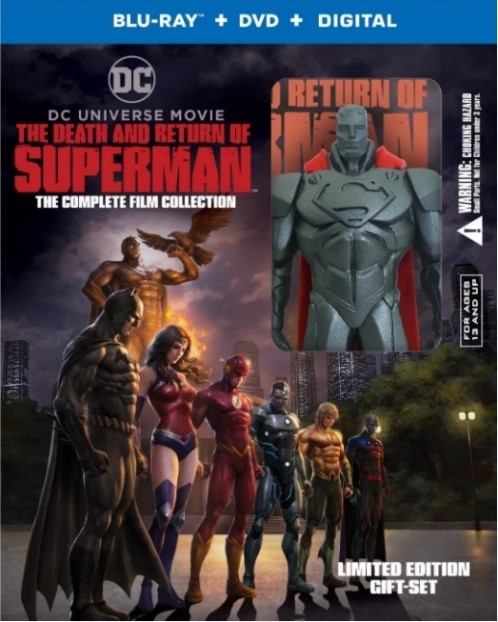 The adventure that was initially too big for one animated film now arrives as a comprehensive 166-minute tale – with never-before-seen footage – in The Death and Return of Superman Complete Film Collection Gift Set, a numbered, limited edition release available October 1, 2019 from Warner Bros. Home Entertainment.

The Death and Return of Superman finds Superman in a fight to the finish when the Man of Steel becomes the only hero who can stand in the way of the monstrous creature Doomsday and his unstoppable rampage. Superman saves the planet, but not himself, leaving Earth’s citizens – and his heroic contemporaries – dealing with a world without Superman. The aftermath of Superman’s death, and the subsequent disappearance of his body, leads to a new mystery – is Superman still alive? The question is further complicated when four new super-powered individuals – Steel, Cyborg Superman, Superboy and the Eradicator – emerge to proclaim themselves as the ultimate hero. In the end, only one will be able to proclaim himself the world’s true Superman.