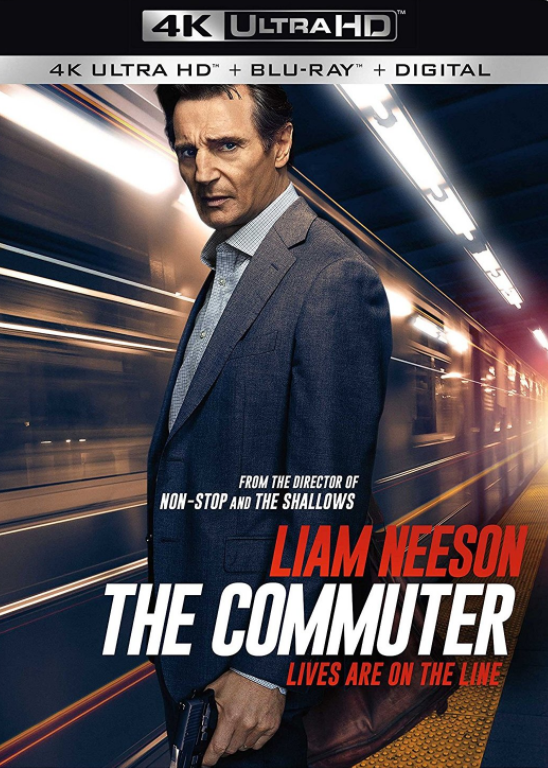 Lionsgate Home Entertainment has officially announced that it will release Jaume Collet-Serra’s action thriller The Commuter on Blu-ray and Ultra HD Blu-ray on 17th April.

Starring Liam Neeson, Vera Farmiga, Sam Neill, Elizabeth McGovern and Jonathan Banks, the film follows Michael (Neeson), whose daily commute home quickly becomes anything but routine. After being contacted by a mysterious stranger (Farmiga), Michael is forced to uncover the identity of a passenger hidden on his train. Michael must work against the clock to solve the mystery before the last stop, however he soon realises that a deadly plan is unfolding, and that he’s unwittingly become caught up in a criminal conspiracy. One that carries life and death stakes for him and his fellow passengers.

The Commuter is Liam Neeson’s last ever action film, following his announcement that he will retire from the action genre.

Both the Blu-ray and Ultra HD Blu-ray feature two never-before-seen featurettes that focus on the cast’s experience shooting the film and the technical details of shooting on a train.