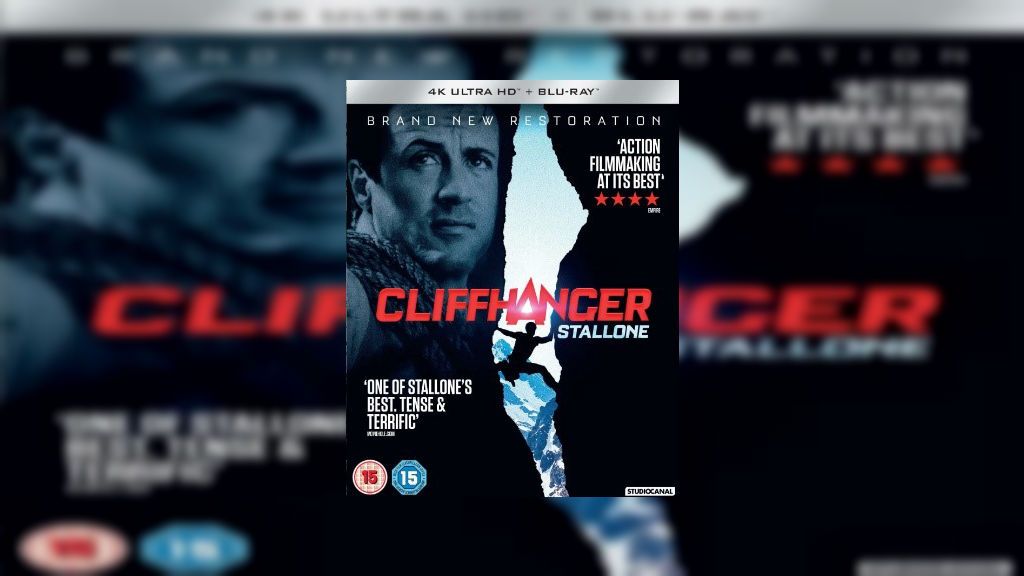 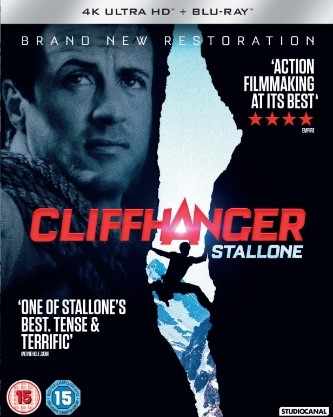 StudioCanal has announced a release date and new trailer for Renny Harlin’s cult action thriller Cliffhanger (1993) on 4K Ultra HD Blu-ray and Blu-ray. Starring Sylvester Stallone, John Lithgow, Michael Rooker, Janine Turner, and Rex Linn, the newly restored film will be available for purchase in Europe on November 12th. In the US, the same restoration will be released by Sony Pictures on January 15th.

She was an experienced climber, she trusted him to rescue her, but something went wrong high above the valley ﬂoor and Gabe Walker (Sylvester Stallone) has been blaming himself for her death ever since. Unable to deal with the tragedy, Gabe quit his job with the Rocky Mountain Rescue team and ﬂed from his cherished mountains, leaving behind his self-esteem, his friends and the woman he loves. Now he must return to those dreaded peaks, where he ﬁnds himself trapped in a desperate battle against ruthless criminals, unforgiving nature and himself in Cliffhanger.

Watch the trailer for the new 4K restoration below: