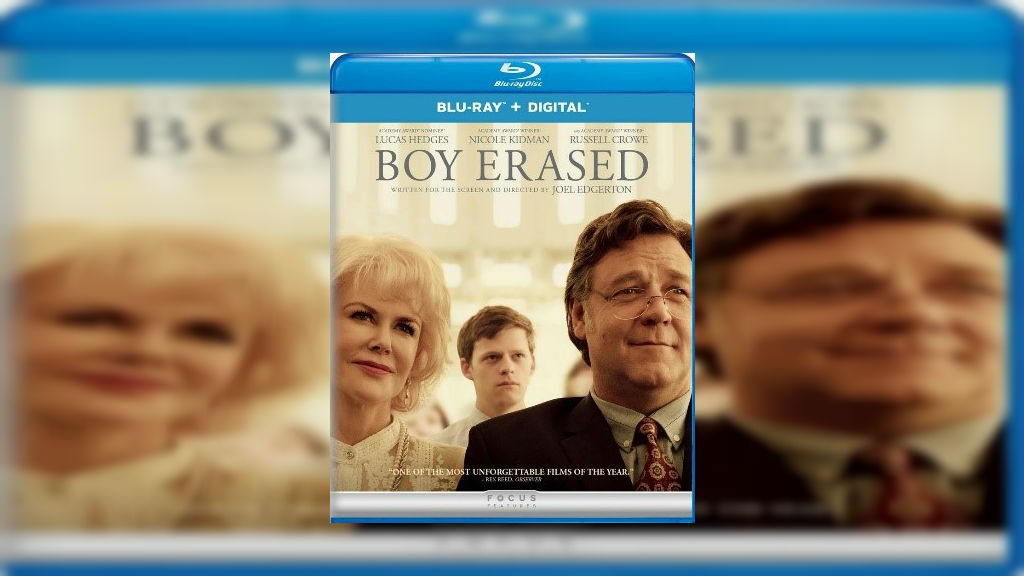 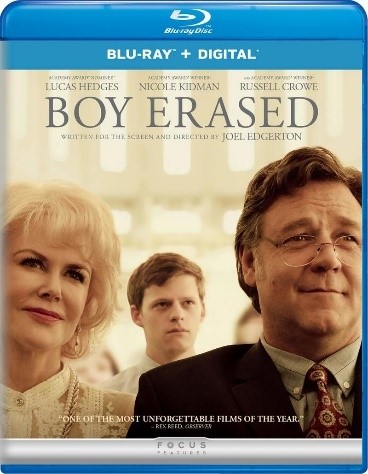 The truth cannot be converted in the powerful and thought-provoking film Boy Erased, arriving on Blu-ray Disc on January 29, 2019 from Universal Pictures Home Entertainment.

Based on the incredible true story of Garrard Conley and his compelling book Boy Erased: A Memoir, critics are calling the film “one of the very best pictures of the year” (Scott Mantz, Collider) and admiring the exceptionally raw and passionate performances from Academy Award® nominee Lucas Hedges (Manchester By the Sea) and Academy Award® winners Nicole Kidman (Lion) and Russell Crowe (Les Misérables). The critically acclaimed Boy Erased received two Golden Globe® nominations including Best Actor in a Motion Picture and Best Original Song for “Revelation” by actor/singer-songwriter Troye Sivan and musician Jónsi.

This is the courageous story of Jared Eamons (Hedges), the son of a Baptist pastor in a small American town, who must overcome the fallout of being outed to his parents (Kidman and Crowe). His parents struggle with reconciling their love for their son with their beliefs. Fearing a loss of family, friends and community, Jared is pressured into attending a conversion therapy program. While there, Jared comes into conflict with its leader (Edgerton) and begins his journey to finding his own voice and accepting his true self.

An uplifting story of acceptance, Boy Erased on Blu-ray comes packed with special bonus features that explore the film’s important messages and its relevance in today’s cultural conversation, taking audiences deeper into the inspiring coming-of-age tale.