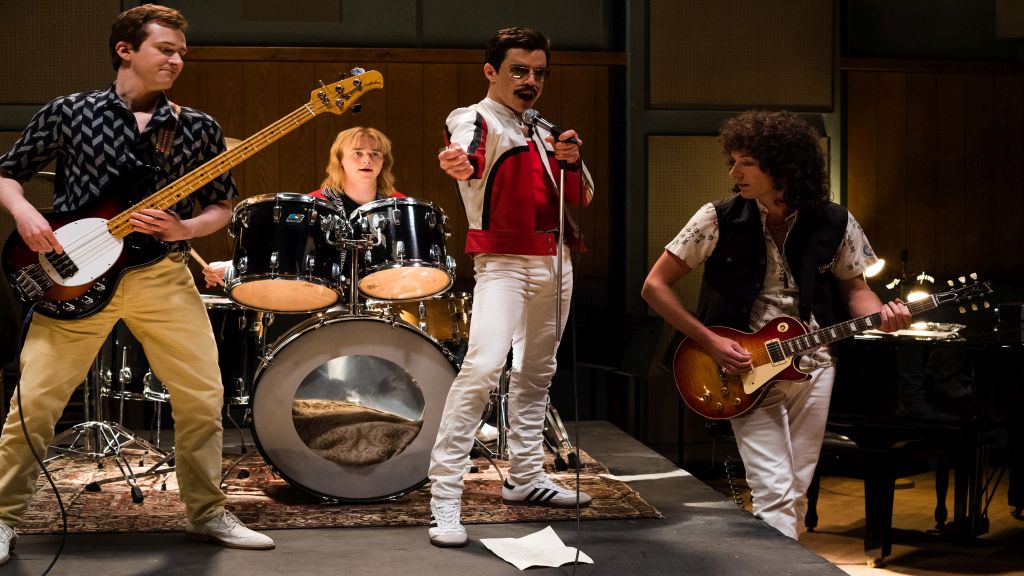 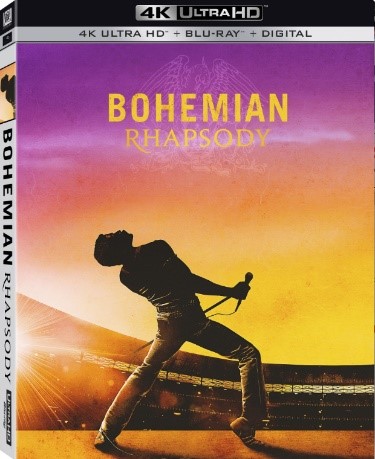 Celebrate the iconic and heart-pounding music of Queen and Freddie Mercury when Bohemian Rhapsody comes to Ultra HD Blu-ray and Blu-ray on February 12th. Fans can experience the story behind the band and the making of “Bohemian Rhapsody”, the #1 streamed song of the 20th century and other favourites like “We Will Rock You,” “Somebody to Love,” “We are the Champions” and more, for a musical adventure that will make you laugh, sing, dance, and cry.

The film is an enthralling celebration of Queen, their music, and their extraordinary lead singer Freddie Mercury (Malek), who defied stereotypes and convention to become one of history’s most beloved entertainers. Following Queen’s meteoric rise, their revolutionary sound and Freddie’s solo career, the film also chronicles the band’s reunion and one of the greatest performances in rock history.

For the first time, fans can experience a true one-of-a-kind music movie event with the complete “Live Aid” Movie Performance featuring two never-before-seen songs (“Crazy Little Thing Called Love” and “We Will Rock You”) packed into a 22-minute collective experience recreating the original event. In addition, on Blu-ray, fans will get a look behind the making of the film including interviews with Queen, the cast and creative team.