With the World Cup in Brazil in full swing, we thought you might be inspired to watch a football-themed film on Blu-ray this weekend. Here are three options you could try – what else would you recommend? 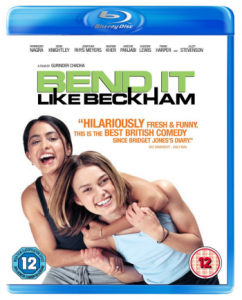 What better way to celebrate the World Cup than with Bend it like Beckham? Named after the England star, this movie provides a light-hearted look at cultural clashes, independence and the competitive world of female football, Bend it like Beckham serves up good humour, drama and romance in equal measure. Considered by many as Keira Knightley’s break out role, director Gurinder Chaddha provides an in-depth commentary on all aspects of the film from casting to writing the brilliant script. Other special BD features include 10 deleted scenes and a making of documentary. 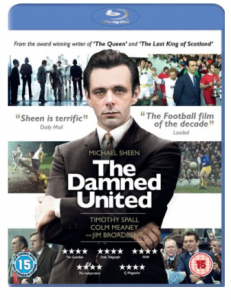 Described by Empire as a “brilliantly candid” football parable, the Damned United follows the catastrophic forty four days in which football manager Brian Clough led reigning champions Leeds United into disaster. The Blu-ray version brings Clough’s colourful character to life and includes several featurettes including a personality profile of Clough and a piece on his notorious ‘Cloughisms’. For avid fans, the Blu-ray also provides deleted scenes and a piece on the face of football in the 1970s. 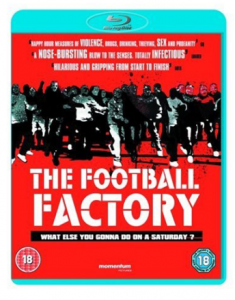 Directed by Millwall fan Nick Love, The Football Factory offers a gritty portrayal of English football hooliganism. Chelsea fan Tommy (Danny Dyer) is a typical football lad, who revels in getting drunk and getting into fights. In the run up to a big game between his club, Chelsea, and its biggest rival, Millwall, Tommy begins to suffer from a reoccurring nightmare that he will be left badly beaten after a punch-up. The Blu-ray comes with an audio commentary and deleted scenes.