Last week saw Helena Bonham Carter and Carey Mulligan enter Parliament to film the upcoming Suffragette movie. So, in anticipation of this release, we thought you might be tempted to check out some inspirational movies on the struggle for women’s rights, all available in high definition on Blu-ray. 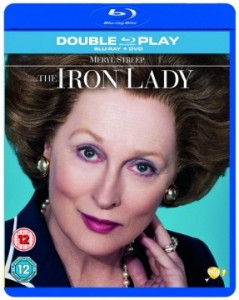 The Iron Lady shows just how far we’ve come since the suffragette’s struggles for the vote. Meryl Streep won an Oscar for her performance as Margaret Thatcher, Britain’s first ever female prime minister. The film follows an elderly Thatcher as she struggles with dementia and comes to terms with the death of her husband. Presented in its 2.39:1 original aspect ratio, alongside a DTS Master Audio track, the Blu-ray biopic uncovers the humanity behind the highly controversial political icon. The Blu-ray takes audiences behind the scenes with a number of bonus materials focusing on the cast and costume design. 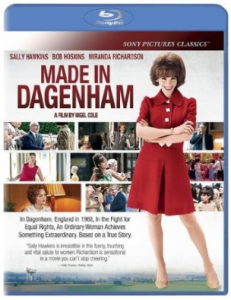 Made in Dagenham dramatises the struggle for equality in the workplace. Sally Hawkins gives an inspiring performance as Rita O’Grady, a trade union representative leading a strike by female staff over sexual discrimination at a car plant in Dagenham. Based on the real life 1968 Ford strike, this inspirational movie bowled critics over when it was originally released. Coming complete with outtakes, deleted scenes, an audio commentary and an in-depth look at the original strike, the Blu-ray is well worth checking out. 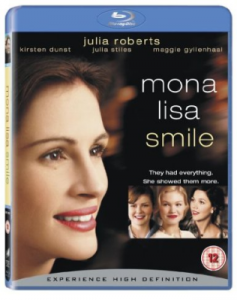 Mona Lisa Smile is a film that asks some important questions about the role of women in society. Julia Roberts stars as Katherine Watson, a bohemian art history professor who has just started work at conservative East Coast school in the 1950s. In her determination to inspire her students to do more than wait around to find the right man to marry, Katherine is set on a collision course with the establishment. The film features “well observed” “winning” performances from Hollywood A-Listers Kirsten Dunst, Julia Stiles and Maggie Gyllenhaal as Katherine’s students. The Blu-ray comes with two special features focussing on women’s changing role in society.