Maleficent, Disney’s latest movie starring Angelina Jolie as the notorious witch from Sleeping Beauty, was released last week. So in celebration, we thought you might want to indulge in a spot of hocus pocus on Blu-ray, and watch some of the best movies about witches. 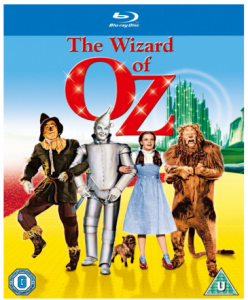 The Wizard of Oz

This Hollywood treasure follows the weird and wonderful journey of Dorothy Gale (Judy Garland) and her trusty dog, Toto, as they make their way through the magical kingdom of Oz. Dorothy and Toto crash land in Oz, and accidentally crush the Wicked Witch of the East. The pair set off to enlist the help of the famous Wizard of Oz (Frank Morgan) to ensure they find their way back home. On the way Dorothy and Toto meet some unforgettable friends, including a tin man, munchkins, and even flying monkeys. One of the first ever movies to be shot in technicolour, the Wizard of Oz looks incredible in high definition on Blu-ray. 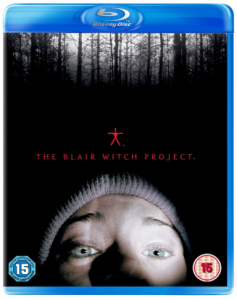 According to the Washington Post, and Common Sense Media, the Blair Witch Project is the scariest movie they’ve ever seen. A group of students go missing after they’ve set off to film a documentary about a local legend known as the “Blair Witch”. A year later, their audio and visual equipment is uncovered.  It is this footage that is pieced together in the Blair Witch Project by the directors, Daniel Myrick and Eduardo Sanchez. The Blu-ray comes complete with a documentary, alternate entries and bonus discovered footage. The movie that kick-started the found footage genre remains terrifying to this day. 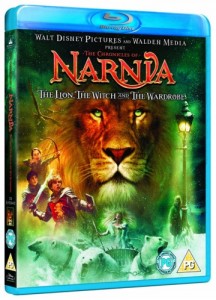 The Chronicles of Narnia: The Lion, the Witch and the Wardrobe

Like Maleficient, The Lion, the Witch and the Wardrobe is a vivid re-imagining of a classic children’s tale. The movie is based on the second novel from C.S. Lewis’ beloved Chronicles of Narnia. The outbreak of World War II means Edmund (Skandar Keynes), Lucy (Georgie Henley), Peter (William Moseley), and Susan (Anna Popplewell) are forced to evacuate to the country estate of an eccentric professor. One day, while playing a game of hide and seek, Lucy runs into a wardrobe. She finds herself transported into the snowy land of Narnia. Narnia has come under the spell of Jadis, the White Witch (Tilda Swinton), and Lucy finds herself forming an unlikely alliance with the lion Aslan (Liam Neeson) to free the kingdom. The Blu-ray is highly recommended by Blu-ray.com, who found that it was “easily 5-star material throughout”.