Following the tragic news of Robin Williams’ passing last week, we wanted to pay a small tribute by recapping on some of our favourite films starring the comic great. 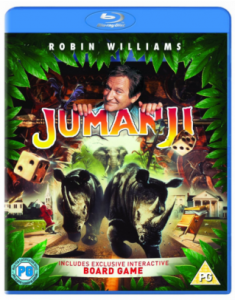 This film opens in 1969, with 12 year old Alan Parrish (Robin Williams) sucked into Jumanji, a board game he’s been playing. Fast forward 30 years, and a new family are playing Jumanji, and they accidentally release Alan. If Alan is to remain free, he must complete the game, but this proves to be a very difficult and deadly task. The Blu-ray features a dollop of fun extras too, including a digital, Jumanji themed trivia board game and behind the scenes pieces on making the movie. 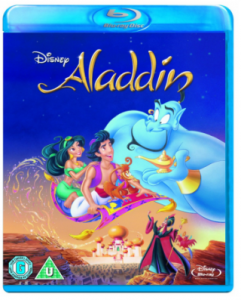 Grossing over £300 million at the box office, Aladdin was Robin William’s most successful film. His  manic energy was brilliantly captured in the role of the genie, who helped a street urchin and a princess to fall in love. This week, William’s genie has been praised by critics as “the most brilliant and singular performance in the history of animation”. With a sing along feature and deleted songs, the Blu-ray really helps bring the movie directly to your living room. 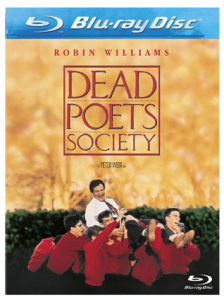 Many of the tributes to Robin Williams began with Walt Whitman’s immortal line, “O Captain! My Captain!”. This was in reference to his Oscar nominated performance as the inspirational English teacher, John Keating, in the Dead Poets Society. Set in a strict and regimented boarding school, Keating encourages his pupils to challenge the status quo, changing their lives forever. The Blu-ray comes with an extra scene, an audio commentary and interviews with the cast and crew.

Let us know which Robin Williams performances are your favourites in the comments.