It’s been very cold in the northern parts of America – day time temperatures have plummeted to well below freezing. This cold weather then crossed the Atlantic, causing Jet streams to pass through the UK, whipping up gusts of wind at around 90mph and downpours of rain. The weather is not only a favourite talking point for Brits, it’s also a popular film theme. We’ve picked three action-packed films. They’re fast-paced, sobering (when you consider the effects of global warming) – and even more impressive on Blu-ray. 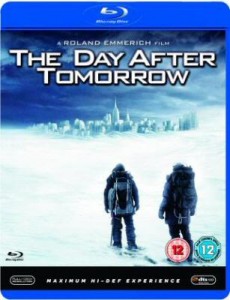 The Day After Tomorrow is a 2004 climate disaster film starring Dennis Quaid and Jake Gyllenhaal. Its climate change message is pretty stark. Global warming triggers the onset of a new Ice Age, tornadoes flatten Los Angeles, a tidal wave engulfs New York City and the entire Northern Hemisphere begins to freeze solid. Jack Hall (Quaid) a top climatologist, must make a daring trek across America to reach his son (Gyllenhaal), trapped in the cross-hairs of the sudden international storm. The transfer to Blu-ray is outstanding, with the amount of detail in the effects sequences particularly amazing. While watching the L.A. tornado sequence you can see debris and other items you probably didn’t notice before. The audio is also pretty powerful; with the sounds of destruction occurring wherever you turn your ear. 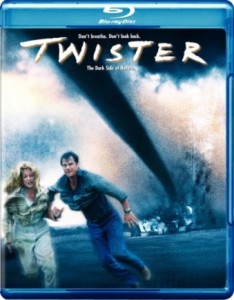 In 1996’s Twister, Bill (Bill Paxton) and Jo Harding (Helen Hunt), advanced storm chasers on the brink of divorce, must join together to create an advanced weather alert system by putting themselves in the cross-hairs of extremely violent tornadoes. It’s an epic chase which saw Twister become the second-grossing film of 1996 domestically, with an estimated 55 million tickets sold in the US.

A nice factoid: Twister was both the first Hollywood feature film to be released on DVD format and one of the last to be released on HD DVD. The Blu-ray version has been noted for its sound quality – it’s clean and well-defined throughout. 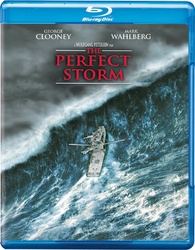 The Perfect Storm is a 2000 biographical disaster drama film directed by Wolfgang Petersen, starring George Clooney and Mark Wahlberg, among other well-known faces.

Based on the best-selling book by Sebastian Junger, the film tells the story of a ship’s brave and hard-working fishing crew – who must struggle to survive in the midst of a fearsome storm, caused by a tropical hurricane from Bermuda colliding with a cold front from the Great Lakes.