Gravity cleaned up at last weekend’s Oscars with no less than seven Academy Awards. The unprecedented success of the movie is, in part down to its amazing visuals, provided by London based special effects company Framestore. So this weekend we thought you might want to sit back and be blown away by some of the other great movies Framestore has contributed to. 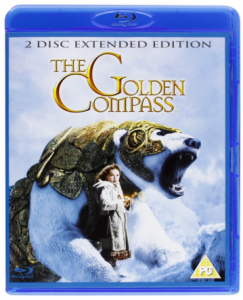 Adapting the first novel in Philip Pullman’s beloved His Dark Materials trilogy provided a major challenge for film makers. The story is set in a parallel universe where humans each have their own daemon (an animal that represents your soul) and talking beasts. Framestore rose to this challenge, creating over 1,100 special effects to bring to life everything from talking bears to shape shifting daemons. This Blu-ray comes with so many special features that New Line Cinema had to release a 2-disc Extended Edition, comprising in-depth features on how the special effects were created, as well as interviews with author Philip Pullman, director Chris Weitz and the cast. 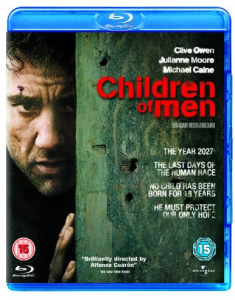 Gravity director Alfonso Cuarón first teamed up with Framestore to produce dystopian sci-fi epic Children of Men in 2007. Based on a P.D. James novel, Children of Men imagines a world in the not so distant future where all humans have suddenly become infertile. Framestore’s subtle special effects heighten the sense that society is on the brink of collapse, with one critic commenting “in most sci-fi epics, special effects are a substitute for the story. Here they seamlessly advance it”. The Blu-ray pays tribute to Framestore’s work, with special features that take a look at the visual effects and the futuristic look of the film. The Blu-ray also includes alternate takes and deleted scenes. 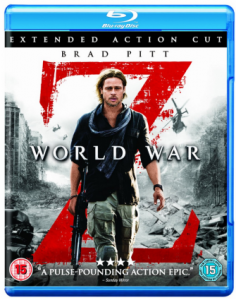 World War Z takes a global perspective on the zombie story, following former United Nations investigator Gerry Lane (Brad Pitt) as he urgently sets out on a deadly mission to investigate the cause of the zombie pandemic devastating the earth. With a supporting cast including James Badge Dale, Matthew Fox and new Doctor Who Peter Capaldi (ironically playing a W.H.O. Doctor) this movie is “a thrilling spectacle”. To bring World War Z to life, Framestore used a combination of artificial intelligence techniques and CGI to create over 8,500 swarming zombies. The Blu-ray hones in on the production process, with a four part documentary analysing the making of the movie.