At the 87th Academy Awards, Alejandro González Iñárritu won Best Director for Birdman or (The Unexpected Virtue of Ignorance). We felt we couldn’t conclude our coverage of the awards without celebrating this notable talent. González Iñárritu is a highly acclaimed Mexican film director, screenwriter, film producer, and composer. He is the second Mexican director to win both the Academy Award for Best Director and the Directors Guild of America award for Best Director and the first Mexican director to win the Best Director Award at Cannes (2006). He’s made a number of other feature films; all of which would provide ample entertainment over a weekend. 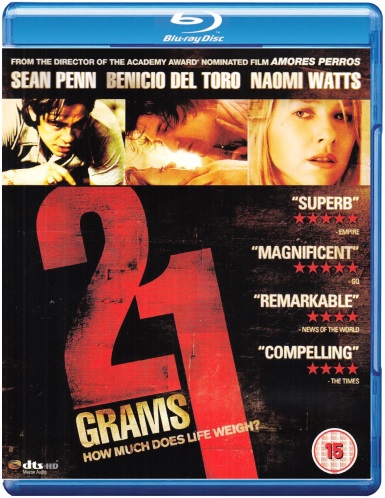 21 Grams is a 2003 American drama starring Sean Penn, Naomi Watts, Charlotte Gainsbourg, Danny Huston and Benicio del Toro. The title refers to the 21 grams a person loses at the moment of death, thought to be the weight of the human soul.

Shot mainly with a hand-held camera, and following a non-linear plot line, the film captures the immediacy and confusion of the moments before, during and after a horrific accident that causes the lives of three disparate people to become intertwined.

Watts is Cristina, mother of two little girls who has overcome a drug-dependent past to achieve a stable, happy marriage and family life. Penn plays a cynical, philandering professor in dire need of a heart transplant, which he gets from the death of Watts’ husband. Benicio del Toro plays Jack Jordan, an ex-criminal who has now found Jesus and is struggling to provide for his wife and their two children in a poor area of the town.

The fluid and compelling nature of the film is only accentuated by the high-definition transfer. The film’s gritty look – accomplished by various contrast, clarity and colour manipulations – comes alive on Blu-ray. 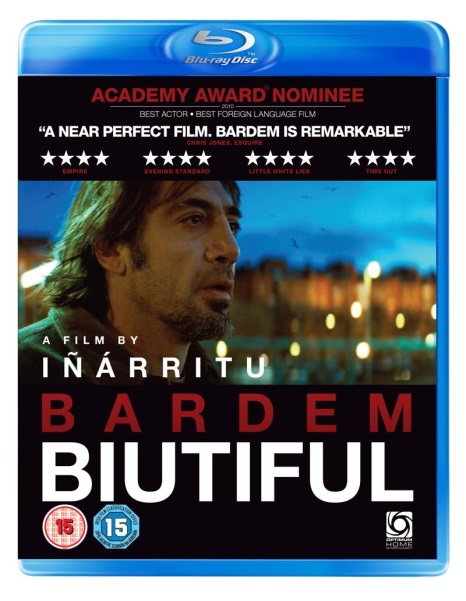 Biutiful portrays a father’s love for his children amidst a life of poverty and crime in Barcelona.

Javier Bardem stars as Uxbal, a black market trader, psychic medium and single father of two who learns that he has terminal cancer. Amid the grimy, lawless backstreets of the city, Uxbal battles the odds to find some kind of redemption and make arrangements for his two children and his estranged, mentally unstable wife after his death.

Through the eyes of Iñárritu, the streets of Barcelona are bleak and cruel, caught in an air of hopelessness and decay. The Blu-ray transfer is visually striking and adds to the narrative’s daunting atmosphere. 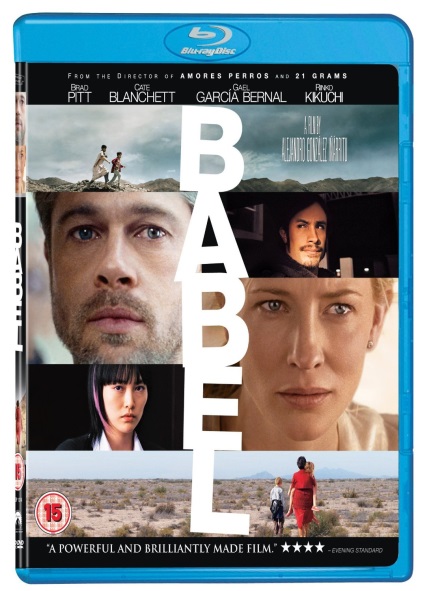 This is another powerful multi-layered narrative. Richard (Brad Pitt) and Susan (Cate Blanchett) are an American couple on holiday in Morocco after the death of one of their children has sent Susan into a deep depression. Richard and Susan’s other two children have been left in the care of Amelia (Adriana Barraza), their housekeeper. Amelia is originally from Mexico, and her eldest son is getting married in Tijuana. Unable to find someone who can watch the kids, or to obtain permission to take the day off, Amelia takes the children with her as she travels across the border for the celebration. Around the same time, in Morocco a poor farmer buys a hunting rifle, and he gives it to his sons to scare off the predatory animals. The boys test the weapon’s range by shooting at a bus far away but the shot hits Susan in the shoulder. Police become convinced the attack is the work of terrorists.

In Japan, Chieko (Rinko Kikuchi) is a teenage deaf-mute whose mother recently committed suicide. The despairing girl experiences such rage and sorrow that she causes her volleyball team to lose a match, and later yanks her underwear off and begins exposing herself to boys in a crowded restaurant. Chieko’s father struggles to reach past the emotional distance which separates him and his daughter.

Babel isn’t merely about violence and its tragic consequences. It’s about communication and especially the lack of it. The Blu-ray transfer delivers excellent detail and depth. The camera plays over the terrain and the faces of characters, revealing nuances that in standard definition are completely lacking. The rugged landscape of Morocco is dotted with shanties, rocks, shrubbery and goats. Faces, too, are rich with detail.