The Terminator is back on everyone’s lips this summer. The fifth instalment to the mighty franchise, Terminator: Genisys is ringing the box office tills as we type.  In the new film, John Connor sends Kyle Reese back in time to protect Sarah Connor, but when he arrives in 1984, nothing is as he expected it to be.  To celebrate Arnold Schwarzenegger’s return in his most iconic role, why don’t you remind yourself why you love the Austrian-born musclebound hero with a few choice films? 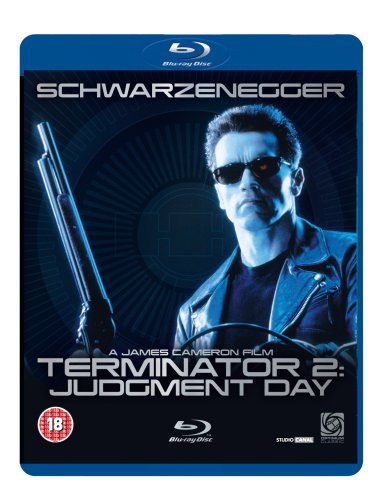 In the entire history of motion pictures, few, if any, sequels hold as many distinctions as James Cameron’s Terminator 2: Judgment Day. It captures Schwarzenegger at the very apex of his Hollywood celebrity and James Cameron at the peak of his perfectionist directorial powers. Throughout, Arnie spouts legendary catchphrases and wields weaponry with unparalleled cool. With an incomparably bigger budget than its 1984 precursor, T2 essentially reworks the original scenario with envelope-stretching special effects. Given Cameron’s fascination with machines, it’s possibly no surprise that the character the audience identifies with the most is a robot; despite the fact that, in its previous incarnation, it threatened to destroy all of mankind. A milestone achievement in special effects, Blu-ray is the perfect way to enjoy this action classic. 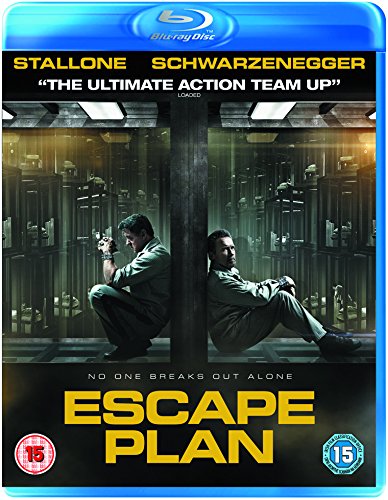 For years Hollywood’s two most iconic action heroes with big bulging biceps and ripped torsos – Arnie and Sylvester Stallone – were sworn adversaries. Stallone once admitted ‘violent hatred’ for Schwarzenegger during the pair’s 1980s heyday. They certainly competed for the same roles; making the prospect of them collaborating together almost unthinkable. Until that is, they starred together in The Expendables series of action films, and then Escape Plan.

Stallone plays structural security specialist Ray Breslin (Stallone) who is paid to enter high security prisons and escape while highlighting weaknesses in their apparently escape-proof systems. But when he is framed and incarcerated in a prison of his own design which is run by the relentless Warden Hobbes (Jim Caviezel), he has to put his incomparable skills to the ultimate test. He meets fellow prisoner and old-timer Swan Rottmayer (Schwarzenegger) who agrees to help Ray in his escape, but only if Ray agrees to free him in the process.

Blu-ray features include interesting background information on the concept and rigours of the shoot; behind the scenes footage and a fascinating piece on real life prisons, including historical ones. And of course there’s a feature called ‘Clash of the Titans’ – profiles of Arnie and Sly. 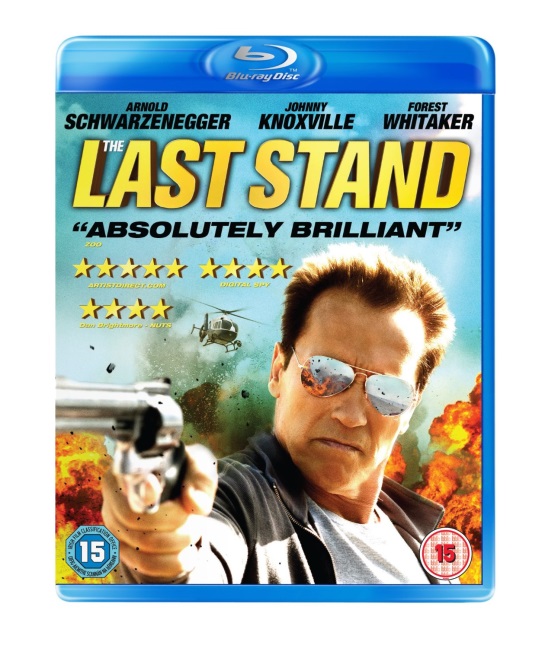 The Last Stand marked Schwarzenegger’s much-anticipated return to the big screen after his two stints as the Governor of California.  If you’re a fan of stylish, gratuitously violent and relentlessly loud shootouts, the Blu-ray version should be right up your alley.

After leaving his LAPD narcotics post following a bungled operation, Sheriff Ray Owens (Schwarzenegger) moves out of Los Angeles and settles into a life fighting what little crime takes place in sleepy border town Sommerton Junction. However, his peaceful existence is shattered when Gabriel Cortez (Eduardo Noriega), the most notorious, wanted drug kingpin in the western hemisphere, makes a deadly yet spectacular escape from an FBI prisoner convoy.

With the help of a fierce band of lawless mercenaries, Cortez begins racing towards the US-Mexico border. His escape route takes him straight through Summerton Junction where the whole of the U.S. law enforcement, including Agent John Bannister (Forest Whitaker) attempt to intercept him before the violent fugitive slips across the border forever. Owens ultimately rallies his team and takes the matter into his own hands, setting the stage for a classic showdown.