This weekend, The Hunger Games: Mockingjay Part 2 begins rolling out in cinemas worldwide. It’s the final instalment in the Hunger Games franchise, and sees our hero Katniss Everdeen lead an assault on President Snow and his evil government entrenched in the Capitol.

The Hunger Games movie franchise follows the success of the books by the same name, however it isn’t the first series of books to be made in to movies. To get you in the mood, we’ve listed our three favourites below. 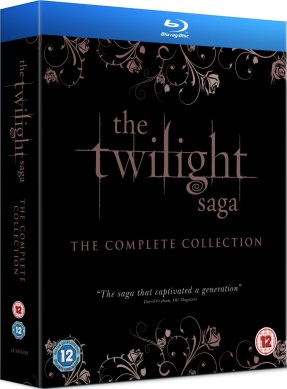 When the Twilight books were launched, teenagers all across the world became enthralled with the unlikely love story between a teenage girl and a vampire. It was therefore only a matter of time before it made its way to the big screen!

Kristen Stewart and Robert Pattinson play Bella Swan and Edward Cullen, a teenage girl and a vampire who develop a dangerous and unorthodox romance after meeting in high school. The series follows the story of their troubled relationship, as Edward tries to protect Bella from the supernatural forces which seem determined to stop them from living happily ever after.

Twilight fans can get their hands on The Twilight Saga: The Complete Collection Blu-ray, which contains all five films, each loaded with bundles of special features, including live music videos, behind-the-scenes documentaries and Q&As. 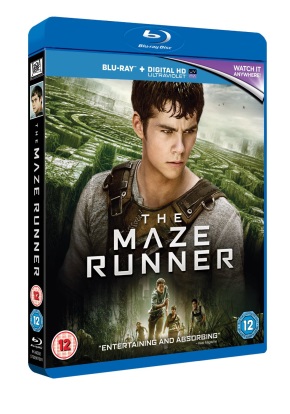 The Maze Runner series, starring Dylan O’Brian, Kaya Scodelario and Will Poulter, follows the story of Thomas, a young boy who one day wakes up to find himself on the edge of a great maze, with no recollection of the outside world, or how he got there. Along with his companions, he attempts to find a way through the maze while avoiding the terrors it holds within, in the hope of finding a way home. 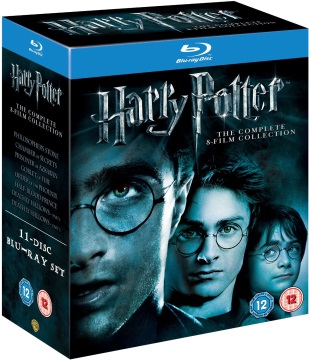 Arguably the highest profile teen novel to get a major screen adaptation, Harry Potter should be familiar to movie and book lovers alike.

Starring Daniel Radcliffe, Emma Watson and Rupert Grint, the Harry Potter films follow three young wizards – Harry Potter, Hermione Grainger and Ron Weasley – as they progress through Hogwarts School of Witchcraft and Wizardry. During their time there, the three young magicians must battle a powerful adversary known as Lord Voldemort, who is determined to turn the world of magic in to a dark and terrifying force for evil.

All eight of the Harry Potter films are available with the Harry Potter – The Complete Eight Film Collection, featuring Blu-ray copies of each film and their special features in one box set.