In the beginning of March Tom Hanks and Steven Spielberg announced a new Cold War drama – Bridge of Spies. The film’s title refers to a real bridge that links the outer reaches of former West Berlin to the city centre of Potsdam, previously under the control of East Germany. It was dubbed the “bridge of spies” in the ’60s when American and Soviet intelligence organisations performed prisoner exchanges on the bridge. The film follows attempts by lawyer James Donovan (Hanks) to negotiate the release of pilot Francis Gary Powers after his plane was shot down in the Soviet Union. As expected, John Williams will provide the score for the film, his 27th collaboration with Steven Spielberg.

To celebrate this highly anticipated October release, we thought what better way to spend a weekend than watch previous collaborations between these two Hollywood powerhouses; great films made even better with the Blu-ray treatment. 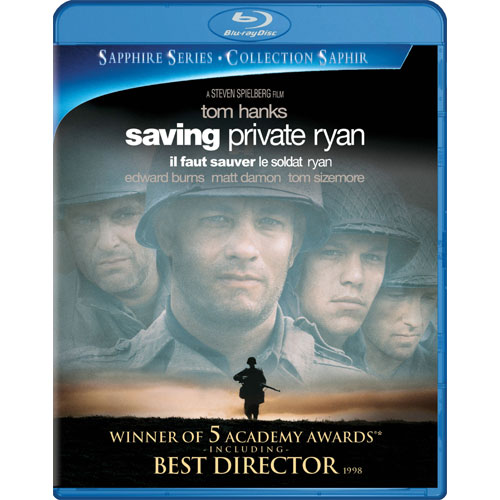 Saving Private Ryan is an American epic war film set during the Invasion of Normandy in World War II. The film is notable for its graphic and realistic portrayal of war, and for the intensity of its opening 27 minutes, which depict the Omaha Beach assault of June 6, 1944. It follows United States Army Rangers Captain John H. Miller (Tom Hanks) and a squad (Tom Sizemore, Edward Burns, Barry Pepper, Vin Diesel, Giovanni Ribisi, Adam Goldberg and Jeremy Davies) as they search for a paratrooper, Private First Class James Francis Ryan (Matt Damon), who is the last-surviving brother of four servicemen.

The Blu-ray transfer is particularly potent. The true terror of the D-Day landings in World War II is brought to life in this high definition release. Explosions jump out of the screen and bullets zip around your ears. The extras are also bountiful. 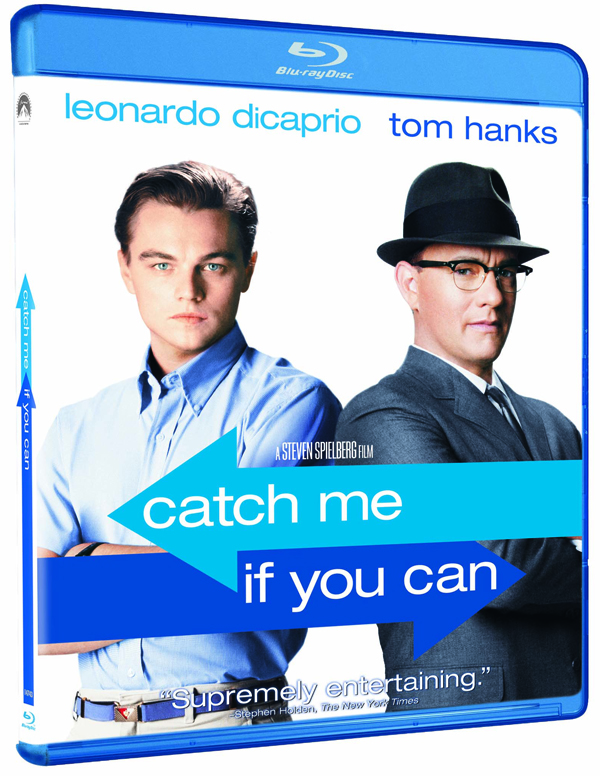 Catch Me If You Can

Catch Me If You Can is an American biographical crime drama film based on the life of Frank Abagnale (Leonardo DiCaprio), who, before his 19th birthday, successfully performed cons worth millions of dollars by posing as a Pan American World Airways pilot, a doctor and a parish prosecutor. His primary crime was cheque fraud; he became so experienced that the FBI eventually turned to him to help in catching other cheque forgers. The film was a stand-out financial and critical success.

Catch Me If You Can boasts a high-quality Blu-ray transfer which brings out the finest in faces and clothes, not to mention the small details around period sets. Clarity is striking, and the image enjoys a natural, honest sharpness. 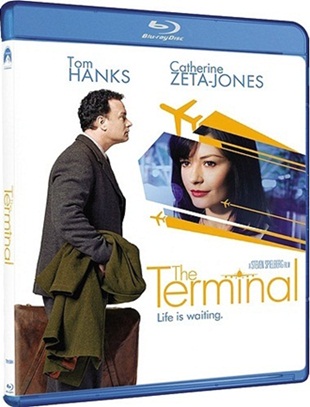 The Terminal is a romantic comedy film. It is about a man (Tom Hanks) who becomes trapped in New York City’s JFK International Airport terminal when he is denied entry into the United States and at the same time cannot return to his native country due to a revolution. The film is partially inspired by the 18-year-stay of Mehran Karimi Nasseri in Terminal 1 of Charles de Gaulle International Airport, Paris, France from 1988 to 2006. The film offers a pleasantly deep but accessible narrative, plenty of humour, an abundance of heart, and a purpose that examines the virtues of right living, the rewards of commitment and the values of friendship even when life challenges a man to his very core.

The Terminal lands on Blu-ray with a very favourable, good-looking and highly cinematic transfer. It showcases intimate facial details with relative ease, while also displaying all of the odds and ends and nooks and crannies around the airport. Overall, this is a high end transfer that enhances this funny, charming and uplifting film.