Last week, the Fault in Our Stars was crowned 2014’s most popular  summer movie on social media. So we thought, this weekend you might want to reminisce and check out last year’s social media favourites, all available in high definition on Blu-ray. 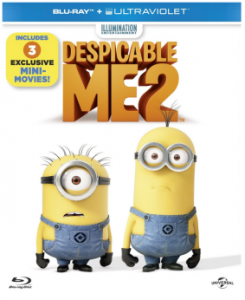 According to the social data insights company, Fizziology, Despicable Me 2 had the most positive buzz on social media in 2013. This hilarious computer animated comedy tells the tale of a group of super villain minions,  who follow wannabe evil overlord Gru, as he hatches a dastardly plan to steal the moon with the help of an army of yellow minions. The Blu-ray version features an abundance of special features, with Despicable Me  2 mini-movies and a look at the production which bought these super-villains to life. 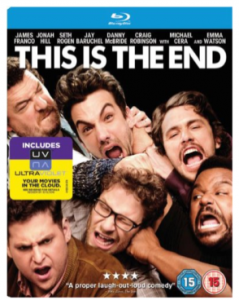 This is the End

It comes as no surprise that This is the End was named as the funniest movies on social media last year by Fizziology. Starring comedic geniuses James Franco, Jonah Hill, Seth Rogen, Jay Burchel, Craig Robinson and Danny McBride as themselves, this movie begins as a star-studded Hollywood party at James Franco’s house is in full swing. However, the party is rudely interrupted by terrifying events which seem to signal the end of the world. Hilarity ensues as we watch Hollywood royalty cope with the impending apocalypse. 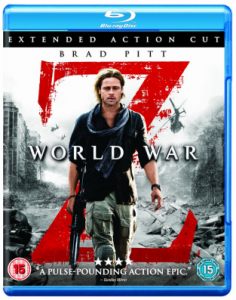 Based on the best-selling novel by Max Brooks, World War Z took the top spot for the biggest comeback in social media according to Fizziology. The film takes a global perspective on a traditional zombie story, following former United Nations investigator Gerry Lane (Brad Pitt) as he urgently sets out on a deadly mission to investigate the cause of the zombie pandemic devastating the earth. With a supporting cast including James Badge Dale, Matthew Fox and new Doctor Who Peter Capaldi (ironically playing a W.H.O. Doctor), as well as spectacular special effects you haven’t seen in a zombie movie before, World War Z is a stunning piece of high definition entertainment.