Disney chairman Alan Horn last week hinted that the new Star Wars movies will be the most expensive in the series so far, costing a cool $175-200m per film. With the almighty special effects audiences expect from the franchise, the price tag comes as no surprise. So we thought this weekend, you might feel like taking a look at some of the most expensive movies ever made. 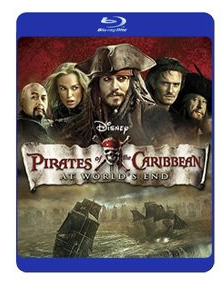 Pirates of the Caribbean: At World’s End

With a $300 million production budget, the third swashbuckling instalment of the phenomenally successful Pirates of the Caribbean franchise, At World’s End, is the biggest budget movie of all time, even after inflation! The story follows the adventurous heroics of the eccentric rogue pirate, Captain Jack Sparrow (Johnny Depp), wannabe buccaneer Will Turner (Orlando Bloom) and rebellious lady Elizabeth Swan (Keira Knightley). After Captain Jack’s fate at the end of the second movie, Will and Elizabeth assemble a ragtag group of mutineers and pirates to sail to the end of the earth to bring him back. The two disc Blu-ray set comes with a wealth of special features that explain everything from how the film was shot, to the creation of the film’s special effects. 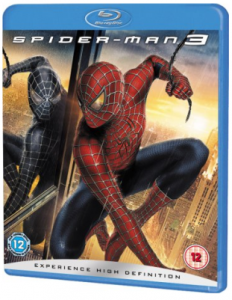 Sam Raimi’s third film in the superhero franchise cost Sony Pictures a cool $258 million, making it the third biggest budget movie ever made. After grappling with his identity as Spider-Man in the first and second movies, Peter Parker (Andrew Garfield) has at last settled into himself. He’s going out with Mary-Jane Parker (Kirsten Dunst), the girl of his dreams, and the whole of New York recognise him as a superhero. However, Peter’s universe comes crashing down after he bonds with an evil alien symbiote. The symbiote makes him stronger, but brings all his demons to light. Under the symbiote’s influence Peter slowly loses control to feelings of greed, anger and jealousy. Packed with mesmerising special effects including scenes of Spidey swinging through the city, this film lends itself perfectly to Blu-ray. 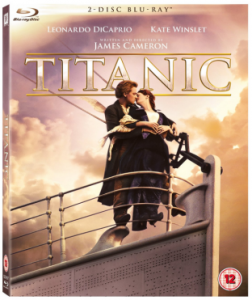 Director James Cameron used Titanic’s impressive $200 million budget to painstakingly reconstruct a full scale model of the original 1912 RMS Titanic. The story follows star-crossed lovers; debutant and socialite Rose (Kate Winslet) and penniless drifter and artist Jack (Leonardo DiCaprio), as they board the ill-fated RMS Titanic. The Blu-ray edition- available in 2D and 3D – features a whole host of special features including two documentaries Reflections on Titanic and Titanic: The Final Word, three audio commentaries with contributions from the director, cast and crew, 30 deleted scenes, 60 behind-the-scenes featurettes and a still gallery. Never one to take himself too seriously either, Cameron has also included a couple of parodies of the movie – one from the MTV Awards and another from Saturday Night Live.