“…made a new dinosaur….probably not a good idea.” The new Jurassic World trailer premiered recently and caused quite a stir. To tap into the dinosaur zeitgeist, here are few dino-inspired movies to get us in the mood. The films are all available on Blu-ray so you can experience the thrill of getting up, close and personal to these terrestrial vertebrates like never before. 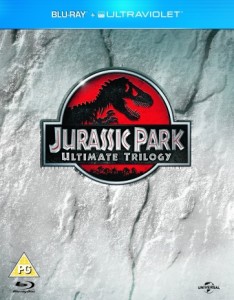 Jurassic Park, the 1993 American science fiction adventure film directed by Steven Spielberg, is the first instalment of the Jurassic Park franchise. It grossed over $900 million worldwide in its original theatrical run and is without a doubt a classic.

Based on the 1990 novel of the same name by Michael Crichton, it’s set in a cloned dinosaur theme park on a remote island. Five people must battle to survive among the prehistoric predators when the security system breaks down and the beasts are released from their enclosures.

The first film spawned two sequels (and now Jurassic World in the pipeline), which are all available on Blu-ray as an ‘Ultimate’ set. Harnessing the benefits of Blu-ray, each film in the trilogy bristles with fine detail. The practical or CGI skins of the dinosaurs are crystal clear, and the scales and reptilian textures on many of them are virtually tangible. The re-mastered versions will thrill like never before. 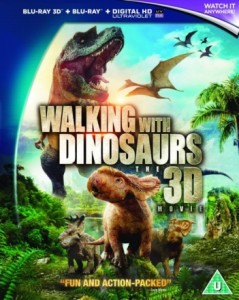 Walking with Dinosaurs: The Movie

Why not do as the title suggests and enjoy the Blu-ray effect to walk alongside these fearsome creatures.

Walking with Dinosaurs is a 2013 family film about dinosaurs set in the Late Cretaceous period, 70 million years ago. The production features computer-animated dinosaurs in live-action settings. The film is based on the 1999 BBC documentary series, which projects computer-animated dinosaurs into live action settings to tell the story of a young Pachyrhinosaurus (Patchi) and the hurdles he must overcome to make it to adulthood and take on the role of herd leader.

With the film’s high definition presentation, colours are particularly bright, bold and vividly saturated. The live action footage is seamlessly blended with the animation, and the outdoor vistas are breath-taking. 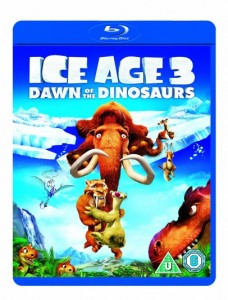 Ice-age 3: Dawn of the Dinosaurs

Ice Age 3: Dawn of the Dinosaurs is the heart-warming third instalment in the Ice Age series, following Sid’s abduction after attempting to adopt three dinosaur eggs. His friends must rescue him from a strange underground lost world; while dodging terrifying dinosaurs, facing danger around every corner and meeting up with a one-eyed weasel known as Buck who hunts dinosaurs intently.

Dawn of the Dinosaurs on Blu-ray looks as good as you’d expect – colours erupt off the screen and the contrast is impeccable throughout. The detail is also astounding; every hair on Manny’s back, every blade of grass and shard of ice and rock is crisp and refined.