Renée Zellweger made headlines around the world last week with a somewhat surprising new look. To mark the occasion, here’s a look back at some of her biggest hits, all available to enjoy on Blu-ray. 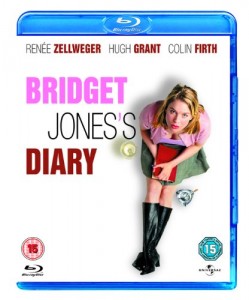 The tragi-comic script co-written by Richard Curtis gave Zellweger her honorary Brit status as the weight-obsessed thirty-something Bridget Jones. This is a staple classic Blu-ray for any heart-break or hangover cure. Bridget records all of her misadventures in her eponymous diary; from encounters with the offensively smooth Daniel Cleaver (Hugh Grant), who charms his way into her giant support pants, to the stern stiff upper lipped Mr Darcy (Colin Firth) who after a rollercoaster of emotions wins her over, despite the reindeer jumper. 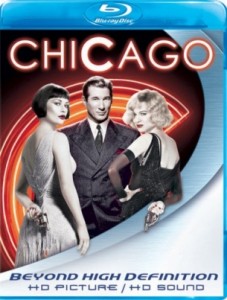 The Oscar nominated portrayal of post WW1 America’s obsession with celebrity, scandal and corruption has an all-star cast of Zellweger, Catherine Zeta Jones and Richard Gere. This all-singing and dancing satire sees Zellweger as Roxie Hart, a seductress and aspiring actress.  Both Hart and Velma Kelly (Zeta Jones) are arrested for separate murders but on the same night, resulting in time as jail birds together. Both of the convicts agree to be represented by Billy Flynn (Richard Gere) who counsels them in a jail run by the corrupt Mamma Morton (Queen Latifah). The Blu-ray soundtrack gives Chicago its original Broadway quality sound, featuring behind the scenes extras plus an extended interview with Liza Minnelli. 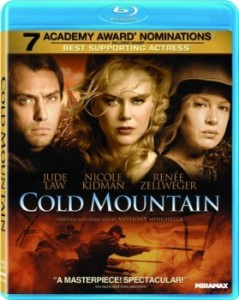 Based on the epic war novel and love story by Charles Frazier Cold Mountain is the multi-award winning film adaption by Director Anthony Minghella.  Zellweger leads as a hardy farm worker alongside Nicole Kidman and Jude Law.  WP Inman (Law) is a wounded Confederate soldier who has deserted his regiment and returns home via a toilsome journey to Ada Monroe (Kidman), his love interest, who lives on Cold Mountain in North Carolina.  The trio battle against the Home Guards who are perpetually after Inman’s blood. The Blu-ray edition shows the epic landscapes and shots bringing to life this emotional American Civil War drama.