As the hip, young cast for the new Fantastic Four movie has been confirmed, we thought this might inspire you to checkout some of the best recent franchise reboots in high definition on Blu-ray. 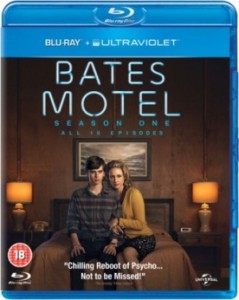 Bates Motel gave a new lease of life to Alfred Hitchcock’s masterful 1960’s modern horror classic Psycho. This TV series provides a powerful prequel to Hitchcock’s movie, revealing the teenage backstory of the lead protagonist in Psycho, Norman Bates (Freddie Highmore). The Blu-ray features all ten episodes from the first series, as well as deleted scenes and interviews with the cast and crew. 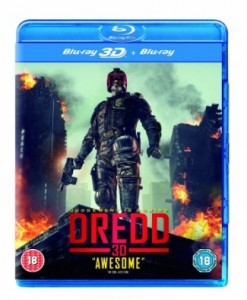 1970’s British science fiction comic series 2000 AD got a makeover for the twenty first century in Dredd. Dredd is set in an irradiated waste land with a vast and sprawling metropolis called Mega City One. Criminals rule the streets while law and justice are meted out by police called Judges – and Judge Dredd (Karl Urban) is the meanest of them all. Dredd is taking a rookie Judge on a routine evaluation when a heinous crime forces the duo into a gang-controlled, 200-storey tower block, on a lethal mission to halt the supply of a dangerous new drug called “slo-mo”. With hundreds of gangsters out for their blood, can Dredd and his rookie succeed against all of the odds? Coming with 7.1 Surround Sound the audio on this Blu-ray is amazing. It also features a whole host of extras including interviews with the cinematographer, cast and crew. 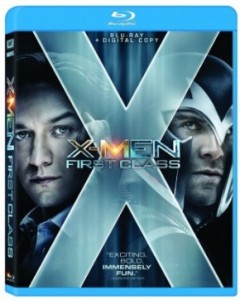 Fox’s decision to offer director Matthew Vaughn the chance to “reboot X-Men and put your stamp all over it” has resulted in one of the “best X-Men flicks to date”. The mutant masterpiece is set in 1960’s Cold War America. The film tells how Charles Xavier (played by James McAvoy) and Erik Lensherr (Michael Fassbender) formed the original crime-fighting band of mutants now known as the X-Men, and became their better-known alter-egos Professor X and Magneto. According to critics the Blu-ray “looks and sounds fabulous” and it also comes with a bumper crop of special features including an extensive seven part documentary looking at the making of the movie and an interactive game.