The much anticipated Straight Outta Compton is out in cinemas this weekend, documenting the rise, success, and subsequent fall of N.W.A. Based on a true story, the film follows the lives of the band members, including Dr Dre, Ice Cube and Easy-E. In Straight Outta Compton, the rappers are played by people such as O’Shea Jackson Jr., Corey Hawkins and Aldis Hodge. However, rappers are sometimes known to take on roles of their own. Here’s a list of our favourite Blu-rays which feature rappers! 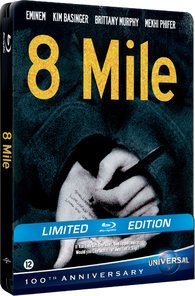 Marshall Mathers, better known as Eminem, has carved  a sensational music career for himself, as a genre-defying superstar. So it was a bit of a surprise when he turned his hand to acting, playing the lead role in 8 Mile, directed by Curtis Hanson.

8 Mile tells the story of Jimmy ‘B-Rabbit’ Smith, an aspiring young rapper who wants to break out of his destructive lifestyle. When his supposed last chance to make it big as a rapper comes around, Jimmy must make a decision: seize the chance and use his skills to break free from his life of poverty, or succumb to the negativity around him. 8 Mile was a surprising hit. According to The New York Times, the movie has the echoey, haunted heart of Johnny Cash’s cover of Nine Inch Nails.  The film is available as a limited edition steelbook, which contains the 8 Mile film on Blu-ray with exclusive special features, including deleted scenes, the making of, and an exclusive uncensored rap battle. 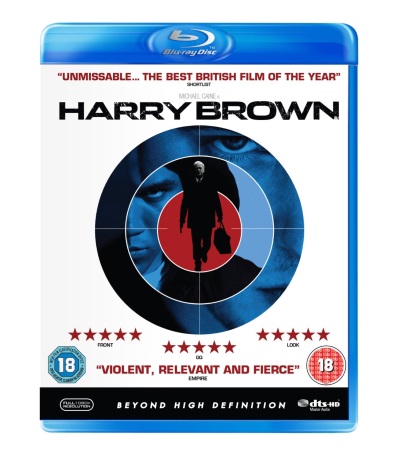 Although rap music is usually associated with the US, the UK has also had its fair share of urban talent, including East London rapper Plan B. Known to his friends as Ben Drew, Plan B released three studio albums before dabbling in acting and filmmaking.

Plan B’s first big screen appearance was in Harry Brown, a gritty crime drama starring Michael Caine and Emily Mortimer. Plan B plays Noel Winters, a vicious and violent thug who terrorises the residents of the local estate with his gang of followers.

Harry Brown is available on 1080p Blu-ray, which really highlights the  bleakness of the council estate the film is centred around. The Blu-ray also comes loaded with special features, including a commentary track with Michael Caine, and 17 minutes of deleted scenes. 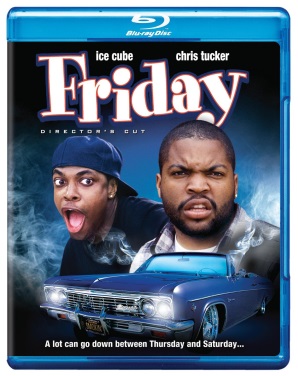 Offering some much needed comic relief in the world of crime, Friday stars rapper Ice Cube, who was once a member of rap group N.W.A. Friday is the first in a series of three films about Craig Jones, played by Ice Cube, who is being hassled by his family after losing a dead-end job. Jones is under pressure to stay out of the trouble, keep his nose clean and try and find another job. This is made more difficult by his friend Smokey – played by Chris Tucker – who manages to find trouble in the hood wherever he goes.

Since its release in 1995, Friday has gained a somewhat cult status for the alternative way it tackles the issues faced by residents living in LA’s South Central slums. Friday’s Blu-ray release gave the film the much-needed facelift it deserved, making the picture crisp and detailed. It also comes with over an hour of special features, including an exclusive introduction by Ice Cube himself, deleted scenes and interviews with the cast.