Outer space has been a hot topic in recent weeks. I’m sure you’ve been riveted by NASA’s New Horizons spacecraft, which has travelled 85 years around the solar system and just beamed back images of the far-flung planet, Pluto and its large moon, Charon. To celebrate this historic turning point, why not feast on some space adventure films in high definition? Here a few Blu-ray suggestions for the weekend. 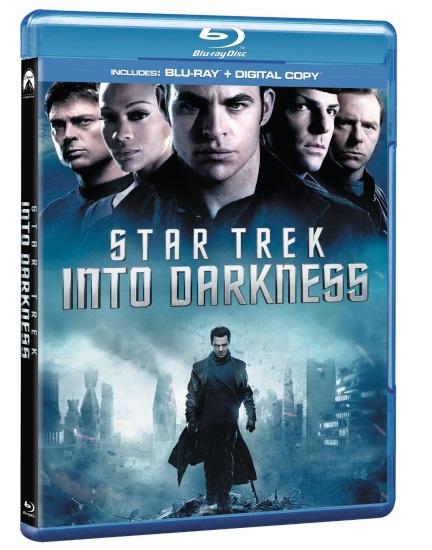 Continuing the rebooted adventures of Captain James Kirk (Chris Pine), Spock (Zachary Quinto), Scotty (Simon Pegg), Bones (Karl Urban), Uhura (Zoe Saldana) and more, Star Trek Into Darkness is director JJ Abrams’ second turn at the helm of the USS Enterprise, and it doesn’t disappoint. With Sherlock star Benedict Cumberbatch joining the cast as the mysterious John Harrison, Into Darkness sees the legendary star-ship crew face off against a brilliant and dangerous new foe which threatens everything Kirk cares for. With stunning special effects, a twisting storyline and great chemistry among the cast, this Star Trek movie is one everyone can enjoy. 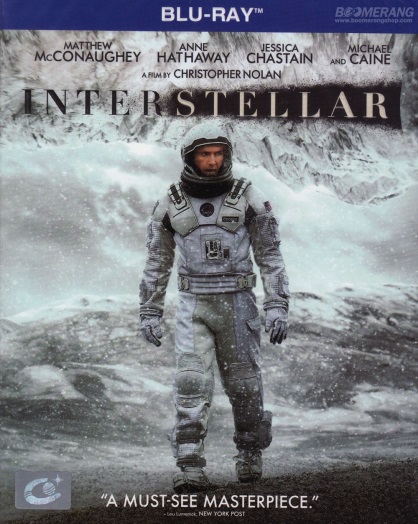 Interstellar is an epic science fiction adventure from director Christopher Nolan and one of 2014’s most talked about films.

Interstellar follows humanity’s last-ditch effort to find a new habitable planet after Earth is ravaged by environmental catastrophe. Upon discovering a wormhole which can transport users through time and space, scientists and explorers unite in the most important mission in human history. Among the potential travellers is a widowed engineer (Matthew McConaughey) who must decide whether to remain with his children or test the limits of space travel, to see if there is a future among the stars or whether the end of the Earth spells the end for humanity. Cast members include Jessica Chastain, Michael Caine and Anne Hathaway. 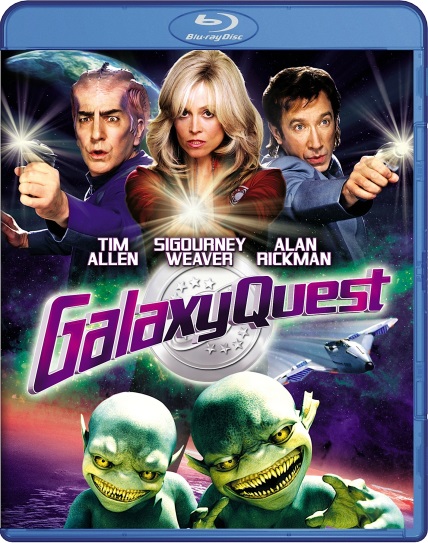 Galaxy Quest is a brilliant and quirky space spoof which has developed a growing fan base in its Blu-ray incarnation.

From 1979 to 1982, the crew of the N.S.E.A. Protector donned their uniforms and set out on thrilling and often dangerous missions in space. Except this was TV and the crew weren’t astronauts… they only played them on TV. Nearly twenty years later, the five stars of the classic sci-fi series “Galaxy Quest” were still in costume, making appearances at science fiction conventions for legions of faithful fans.  At the same time the Thermians, a race of aliens from Klatu Nebula, mistakenly intercept television transmissions of the show for historical “documents.” Arriving on earth, they whisk “Commander Peter Quincy Taggart” and his crew into space to help them defeat a real and very deadly adversary. With no script, no director and no clue about real space travel, the actors have to turn in the performances of their lives to become the heroes the Thermians believe them to be.