Have you seen the news that a Jimmy Hendrix movie is back on? Taking inspiration from this story, we have put together some of the best recent movies about music legends, which all look and sound amazing on Blu-ray. What’s your favourite music biopic? 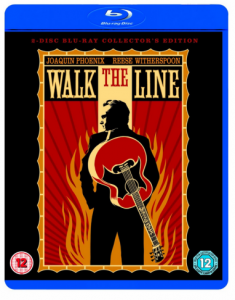 Joaquin Phoenix delivers an unforgettable performance as iconic guitar-slinger Johnny Cash, a musician whose steel-eyed intensity and unforgettable songs have left a lasting impact on country music to this day. Charting his trailblazing early career, his addictions and a timeless love affair with June Carter (played by Reese Witherspoon), Walk the Line is a beautiful portrayal of Cash’s ascent to the top. Bonus content on the BD includes a commentary by co-writer and director James Mangold, deleted and extended scenes and a whole host of featurettes including Celebrating the Man in Black: The Making of Walk the Line and Ring of Fire: The Passion of Johnny & June. 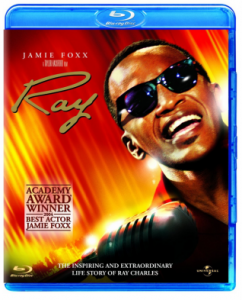 Legendary jazz player Ray Charles is commemorated by director Taylor Hackford in the “vibrantly intelligent and tough minded” movie, Ray. The movie charts Ray’s journey as he moves from obscurity to become one of the most successful musicians of his generation, winning 12 Grammy awards and releasing 11 chart topping R&B hits. The movie features a “power house performance” from Jamie Foxx as the iconic star. 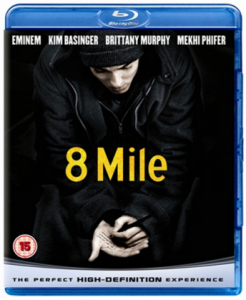 Controversial rap artist Eminem takes the lead as Jimmy Smith in 8 mile, a hard edged urban drama inspired by incidents from his own life. Shot on location in Detroit, the story follows Jimmy, or Rabbit as he is known to his friends, a failing factory worker with a messy personal life. Using black humour and self-effacing lyrics, Rabbit tries to break into the city’s rap scene. The Blu-ray comes with behind the scenes footage and extended rap battle showdowns.