This week film blogs have been buzzing with gossip about The Imitation Game, the upcoming movie starring Benedict Cumberbatch focusing on the Bletchley Park enigma code breakers. So this weekend, we thought you might fancy taking a look at other brilliant mathematical minds, all available in high definition on Blu-ray. 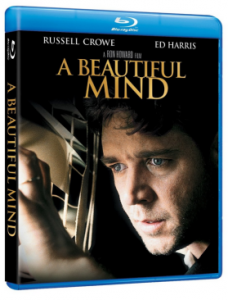 A Beautiful Mind is a biographical drama based on the life of John Nash, a Nobel Laureate in Economics who suffered from schizophrenia. Russell Crowe was nominated for an Oscar for his both harrowing and moving performance as John. Special features include commentaries with director Ron Howard and screenwriter Akiva Goldsman, as well as behind the scenes documentaries and interviews with the real John Nash. 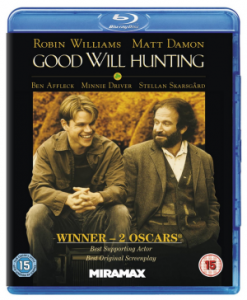 Co-written in 1997 by Matt Damon and Ben Affleck, Good Will Hunting won Best Original Screenplay and Best Supporting Actor at the Academy Awards and catapulted both into the A-list. Matt Damon stars as Will Hunting, a janitor at America’s top university with a mind more capable than even its most gifted students. After one too many run-ins with the law, Will’s last chance to get on the straight and narrow is a psychology professor (Robin Williams), who might be the only person who can get through to him. The Blu-ray features extras including behind-the-scenes footage, production featurettes, deleted scenes and “Miss Misery” music video by the late, great Elliott Smith. 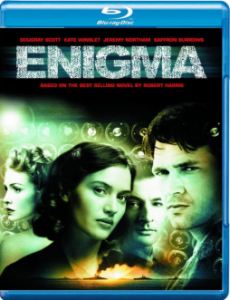 The first time the now-legendary code breakers at Bletchley Park appeared on the big screen was in the 2001 movie, Enigma. Nazi U-Boats unexpectedly changed their codes to speak to the German High Command, putting pressure on the Bletchley code breakers. The team call on Tim Jericho (Dougray Scott), a brilliant young mathematician to help them. But Tom is trying to solve another baffling enigma. Claire, the woman he loves, disappears just as the authorities begin to suspect there is a spy at Bletchley.