This weekend, Steve Jobs begins appearing in cinemas around the world. Michael Fassbender stars as Steve Jobs, the co-founder and chairman of Apple. Co-starring Kate Winslet, Seth Rogen and Jeff Daniels, Steve Jobs tells the story of the man behind one of the biggest and most famous companies in the world, documenting three of the business’ biggest product launches.

The screenplay for the movie was written by Aaron Sorkin, one of the wittiest screenwriters out there. To get you in the mood for Steve Jobs, we have listed our three favourite Aaron Sorkin Blu-rays: 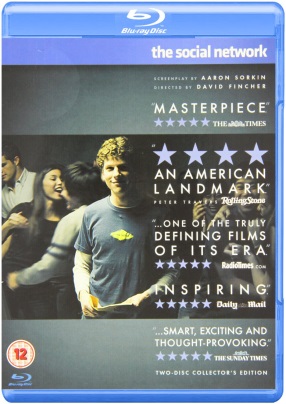 Sorkin’s scripting of The Social Network, the biopic about Facebook founder Mark Zuckerberg, may well have set him up as the ideal choice for Steve Jobs.

The Social Network takes us back to the early days of Facebook, as we meet a Harvard-day Zuckerberg, played by Jesse Eisenberg. We see how he first comes up with the idea of Facebook, implements it, and nurtures it in to the tech giant it is today. Also starring Justin Timberlake, Andrew Garfield and Rooney Mara, The Social Network shows us the darker side of the website we all know and love.

The Social Network is available as a two-disc collector’s edition, which features the film and audio commentary on one disc, and over two hours of special features, including a 90-minute making-of documentary, on the other. 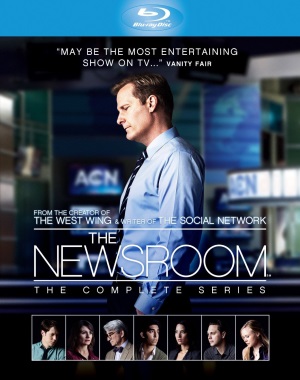 The latest TV series Sorkin has worked on, The Newsroom, follows the lives of people working at the fictional Atlantis Cable News channel.

Jeff Daniels plays anchor Will McAvoy, a short-tempered but caring individual who leads his team as they report on events based on real life. The series also stars Emily Mortimer, Dev Patel and Olivia Munn, whose characters work with McAvoy to transform the Atlantis Cable News channel in to a force for good.

The Blu-ray comes with a number of special features, including deleted scenes, audio commentaries and a fly-on-the-wall look at a roundtable discussion, featuring the cast and Aaron Sorkin, during the planning for season one. 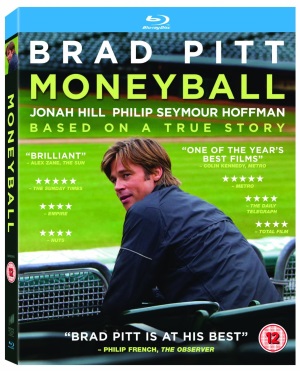 A year after The Social Network, Sorkin wrote the screenplay for Moneyball, another biopic starring Brad Pitt and Jonah Hill.

Moneyball tells the story of Billy Beane (Brad Pitt), manager of the Oakland Athletics baseball team, who must assemble a winning team despite a very limited budget. He works with his assistant manager, Peter Brand (Jonah Hill), to employ computer-generated analytics to acquire new players.

The Blu-ray comes loaded with special features, including some exclusive HD content, such as a look at the casting of Moneyball and a documentary about how the book was adapted to film.