To continue our Oscar themed awards coverage we’re celebrating Julianne Moore’s nomination for Still Alice, the cogent story of a linguistics professor diagnosed with early-onset Alzheimer’s disease. Julianne is a regular on the awards scene. She’s been prolific in cinema since the early 1990s and is particularly well-known for her portrayal of emotionally-troubled women. And yet when you look back at her repertoire you realise she’s actually graced a wide range of genres. If you want to watch some fine acting this weekend, look no further than these three recommendations. 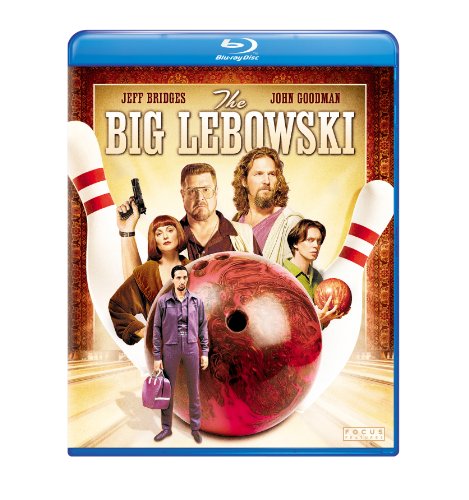 From the Academy Award-winning Coen brothers, The Big Lebowski is a hilariously quirky comedy about bowling, a severed toe, White Russians and a guy named…The Dude. Jeff “The Dude” Lebowski doesn’t want any drama in his life. But he must embark on a quest with his bowling buddies after his rug is destroyed in a twisted case of mistaken identity. Moore stars an erotic artist whose creativity consists of covering her naked body in paint, flying through the air in a leather harness, and splatting herself against a giant canvas. She is joined by Jeff Bridges, John Goodman, Steve Buscemi, Philip Seymour Hoffman and John Turturro. It’s a cult classic and a worthy recipient of the Blu-ray treatment. High-Def Digest has a full list of special features. 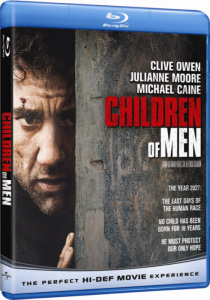 Children of Men is set in a dystopian England where humanity has become infertile, immigration is a crime, refugees (or “fugees”) are caged like animals and the world has been torn apart by nuclear fallout, rampant terrorism and political rebellion.

An iron-handed warden institutes martial law. However, the warden’s ability to keep order is threatened when a woman finds that she is pregnant with what would be the first child born in 27 years. Julianne Moore plays a brief but pivotal role.

This is a brilliant transfer that delivers excellent definition. Every tree is rendered with good presence and even the puffs of smoke after each gunshot have lifelike appearance. This is an immensely satisfying, pulse-pounding vision of a future that represents a frightening extrapolation of early 21st-century history. 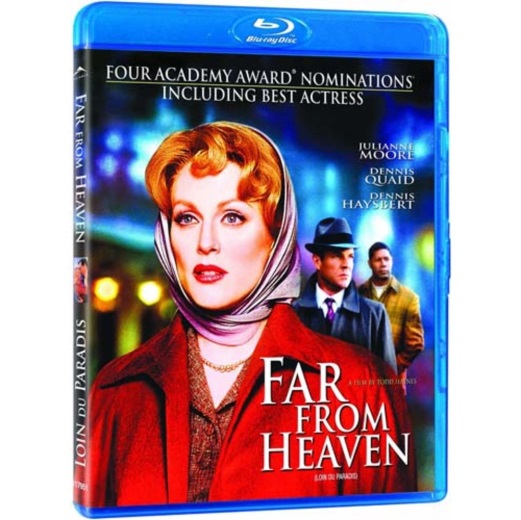 For from Heaven received unanimous praise when it was first released in 2002. It was nominated for several Academy Awards including Best Actress in a Leading Role for Julianne Moore.

The film is set in the fall of 1957 and tells the story of the Whitakers, on ostensibly perfect suburban family in Hartford, Connecticut. Their daily existences are characterized by carefully observed family etiquette, social events, and an overall desire to keep up with the Joneses. Cathy Whitaker is the homemaker, wife and mother. Frank Whitaker is the breadwinner, husband and father. Everything falls apart when one night Cathy discovers her husband’s secret life and her tidy, insular world starts spinning out of control. Fearing the consequences of revealing her pain and confusion to anyone in her own social circle, she finds unexpected comfort and friendship with her African-American gardener, Raymond Deagan. Cathy is faced with choices that spur gossip within the community, and change several lives forever.