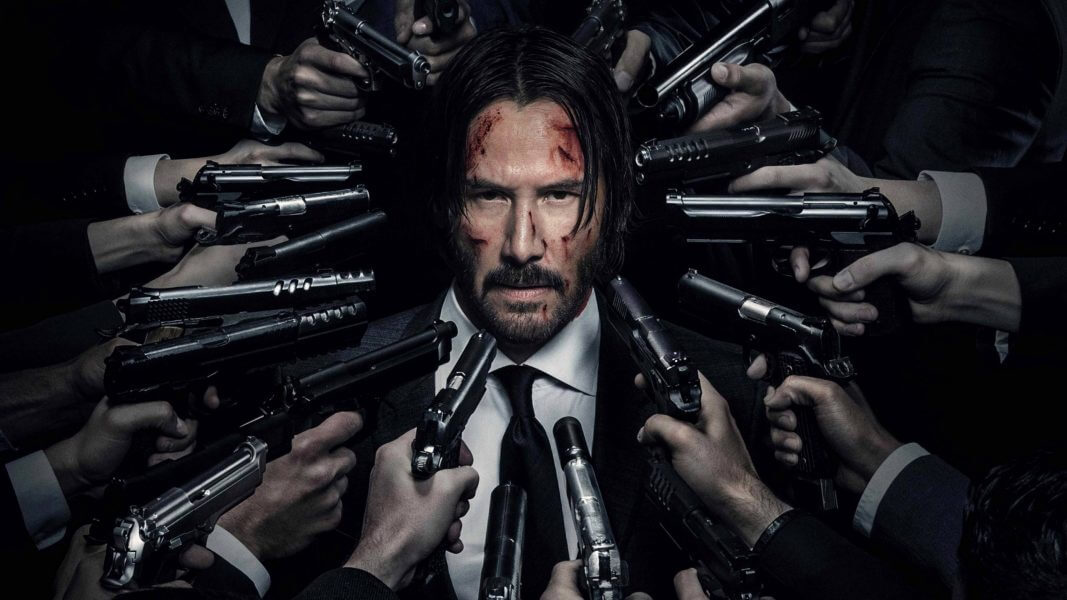 Our broody assassin is back! Following the first film which saw Wick – played by Keanu Reeves – avenge the death of his dog, Chapter 2 sees him forced out of retirement, as a former associate appears from the shadows to seize control of the assassins’ guild. Bound to assist the guild, Wick travels to Rome to face off against some of the world’s most deadly killers.

To get you in the mood for John Wick: Chapter 2, we’ve listed our three favourite assassin films that you can see on Blu-ray.

James McAvoy, Angelina Jolie and Morgan Freeman star in this action-packed thriller about a normal man whose life is changed when his long-lost father returns.

McAvoy plays Wesley, a young man who has a job and an apartment that he hates, and a girlfriend who doesn’t see a future with him. Feeling like he’s stuck in a rut, he’s looking for any opportunity to change his life. What he doesn’t expect, however, is to find out he’s the son of a master assassin who’s keen to recruit him into the trade. What follows is an explosive initiation into a secretive fraternity of assassins, before realising that all isn’t how it seems…

The Blu-ray comes with a number of special features, including an animated graphic novel, an alternate opening to the film, a look behind the scenes, and much more.

Tom Cruise, Jamie Foxx, Jada Pinkett Smith and Mark Ruffalo lead us through a tense thriller about a taxi driver who finds himself in the wrong place at the wrong time.

After picking up a seemingly normal fare, LA taxi driver Max finds himself becoming an accessory to murder five people. The well-dressed passenger, Vincent, asks him to do five stops, then take him to the airport. However outside the first address, it soon becomes clear what his motives are, as Max desperately tries to escape the dangerous assassin.

To offer some light relief, this killer black comedy will give you some insight into the working mind of an assassin.

The film follows rookie hitman Ray, played by Colin Farrell, who accidentally kills a young boy while trying to complete a contract on a p riest. Devastated by his actions, he and his mentor Ken (Brendan Gleeson), travel to Bruges to wait for further instructions. In Bruges, the two try not to fall foul of the locals or the law, while at home, plans are set in motion to clear up the mess caused by Ray.

This hilarious Blu-ray comes with a bunch of bonus extras, including deleted and extra scenes, a guided boat trip around Bruges, and a gag reel.