After this weekend, we’re into December and that means Christmas is around the corner. Some of the most beloved movies ever made are all about the festive season, so now’s your chance to start enjoying them all over again. So if you want to get into the seasonal spirit, why not start with one of these – all available to enjoy in high definition on Blu-ray. 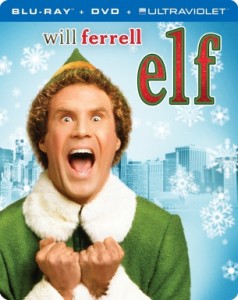 With just 27 days ‘til Christmas, my true love might  give to me… Elf on Blu-ray. Watching the 2003 feel-good Christmas film, starring Will Ferrell and James Caan, is a great way to immerse yourself in festive cheer. It grossed $220,443,451 worldwide and tells the story of one of Santa’s elves who learns of his true identity as a human and goes to New York City to meet his biological father, spreading Christmas cheer in a world of cynics as he goes. It’s hilarious and heart-warming at the same time.

Elf comes to Blu-ray in eye-popping high definition that renders the vibrant hues of the North Pole, Santa’s workshop, and the city of New York beautifully. One for all the family! 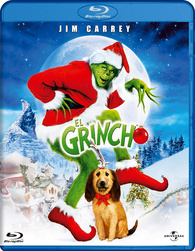 The Grinch is a deliciously mischievous film to watch in the run-up to Christmas, gathered around  the tree. The fantasy comedyis based on the much beloved 1957 children’s book: Dr. Seuss’ How the Grinch Stole Christmas!

Jim Carrey brings his usual comedic vigour to the make-up intensive role of the The Grinch, who observes the residents of Whoville joyously preparing to celebrate Christmas. When he can’t tolerate their good cheer anymore, he conspires to steal Christmas from Whoville, making off with their presents, holiday decorations, Christmas trees and everything else used to enjoy the holiday.

The film, directed by Ron Howard, spent four weeks as the number-one film in the United States. The Grinch is the second highest-grossing holiday film of all time with $345,141,403 worldwide, only behind Home Alone. It won the Academy Award for Best Makeup, and was also nominated for Best Art Direction and Best Costume Design. 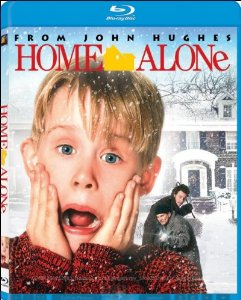 Home Alone is a classic family favourite which turned Macaulay Culkin into a global star and found a cosy spot in our hearts, to nestle there forevermore. Culkin plays an eight year old boy who is mistakenly left behind when his family fly to Paris for their Christmas holiday.

Kevin initially relishes the idea of being home alone. However, the gloss soon wears thin when he has to contend with two would-be burglars (played by Daniel Stern and Joe Pesci) and the loneliness that enfolds a small child in a big house on their own. Home Alone spawned a successful franchise, with four sequels, three video games, and with the main cast reprising their roles for the sequel Home Alone 2: Lost in New York.

Now on Blu-ray, fans can really revel in Culkin’s escapades and enjoy some nostalgic special features, including Deleted Scenes, Alternate Takes and the Blooper Reel.